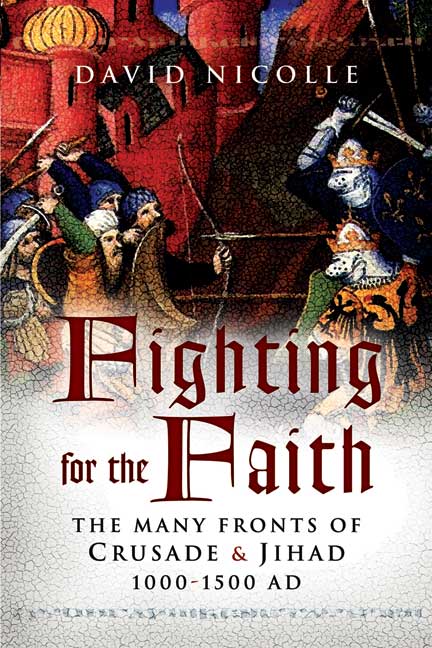 Fighting for the Faith (Kindle)

Click here for help on how to download our eBooks
Add to Basket
Add to Wishlist
You'll be £4.99 closer to your next £10.00 credit when you purchase Fighting for the Faith. What's this?
Need a currency converter? Check XE.com for live rates

Fighting between Christians and Muslims in the medieval period is often seen in the narrow context of the battle for the Holy Land. Other points of conflict tend to be ignored. But, as David Nicolle's thought-provoking survey shows, the religions clashed across the medieval world - in the Mediterranean and the Iberian peninsula, in the Near East, in Central Asia, India, the Balkans, Anatolia, Russia, the Baltic and Africa. Over 500 years, the struggle in each theatre of conflict had its own character - methods of warfare differed and developed in different ways and were influenced by local traditions and circumstances. And these campaigns were not waged solely against Christian or Islamic enemies, but against pagan, non-Christian or non-Islamic peoples. As he tells the story of Crusade and Jihad, and describes the organization and tactics of the armies involved, David Nicolle opens up a new understanding of the phenomenon of holy war.