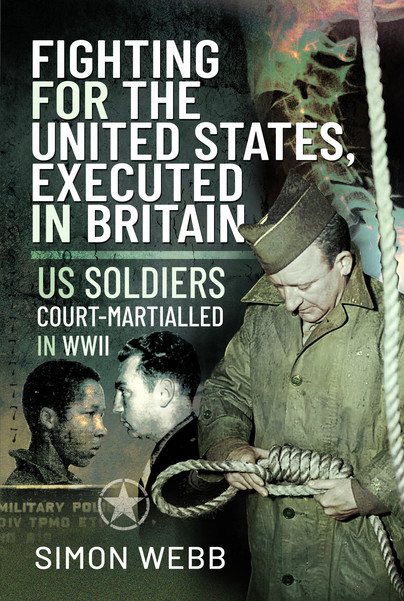 Fighting for the United States, Executed in Britain (Kindle)

Click here for help on how to download our eBooks
Add to Basket
Add to Wishlist
You'll be £4.99 closer to your next £10.00 credit when you purchase Fighting for the United States, Executed in Britain. What's this?
Need a currency converter? Check XE.com for live rates

An interesting read, it was well written and presented, these are things I hadn’t heard about before, so everything was new to me, so I was never bored at any point , a thoroughly interesting and thought provoking read.

First of all I would like to say that I am always impressed by the writing of the author Simon Webb, and enjoy the fact that his books always seem to be about little-known histories or events and shows he is willing to cover the sometimes difficult aspects of history. This was a very insightful book and revealed a lot about what went on. The book goes through the arrival of the Americans to the UK and then talks about the types of crimes carried out, where the justice was carried out and under which particular laws were used, and then finally it talks about a number of cases for a number of different crimes. In some cases it would have been obvious who the culprit was, but in others I would have to say that some of the outcomes or decisions might have been a little suspect. I was probably not surprising that a large number of the crimes were carried out by black soldiers or those of ethnic origin. Overall this is a very insightful and well-researched book that I would happily recommend to others, both fans of history and those of true crime.

“Simon tells an engaging, forgotten, and interesting history about a small part of the United States in World War II.”

The history presented in this book is something most people won't learn in history class. However, It is very important for the overall picture of the military law in war time. Well researched, Simon Webb introduces the reader to the past with a different perspective.

The help that the US Government provided to the UK during its fight with Nazi Germany is well known but this aspect of the bond between the two Governments is virtually unknown and never discussed. The author has conducted some superb research and the produce of this research is this exceptional book. He deserves great praise for his work and should be commended for publishing material on this forgotten aspect of US Forces stationed in the UK.