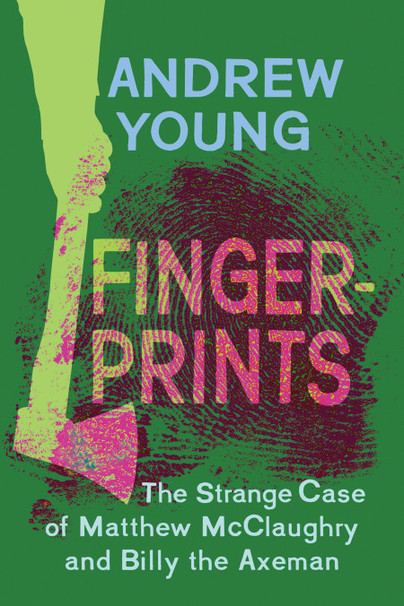 The Strange Case of Matthew McClaughry and Billy the Axeman

Preorder
Add to Wishlist
You'll be £15.99 closer to your next £10.00 credit when you purchase Fingerprints. What's this?
+£4.50 UK Delivery or free UK delivery if order is over £35
(click here for international delivery rates)

In 1904, the United States was formally introduced to the science of fingerprint identification. Scotland Yard had sent one of their best and brightest to the St. Louis World’s Fair to educate American law enforcement on how to use finger- prints in the pursuit of solving crimes and catching crimi- nals. One of the students was Matthew McClaughry, head clerk at Leavenworth Federal Prison and an agent for the Department of Justice. McClaughry would take what he had learned from Scotland Yard and teach it to police, prison clerks, and others in law enforcement. Then the killings began. In 1911, a family in Oregon and a couple in Washington State were murdered while they slept. The killer in both crimes used an axe he found at each home.

The killings were swift and silent. The axe murders contin- ued—Colorado, Illinois, Kansas—but local police and sher- iffs were confident their killer was not “Billy the Axeman,” as some began to call the possible serial killer. The case took an ominous turn one June evening in 1912, when an axe- wielding murderer extinguished eight souls in a single house in Villisca, Iowa. With the nation desperate to have the crimes solved, Matthew McClaughry was called in to try and find latent fingerprints or other evidence that could lead them to the killer.

In Fingerprints: The Strange Case of Matthew McClaughry and Billy the Axeman, Andrew Young once again delves into a significant historical crime, analyzing what we know about the cases—the victims, the suspects, the evidence— and how each was investigated. Using the history of finger- print identification to frame his narrative, the author chronicles the early successes and failures of this new tech- nique, including the case of Billy the Axeman. No one was charged with any of the murders and, like Jack the Ripper, the identity of the killer or killers has disappeared into speculation and legend. The fingerprint database pioneered by McClaughry, however, remains a major national tool in crime scene investigation.