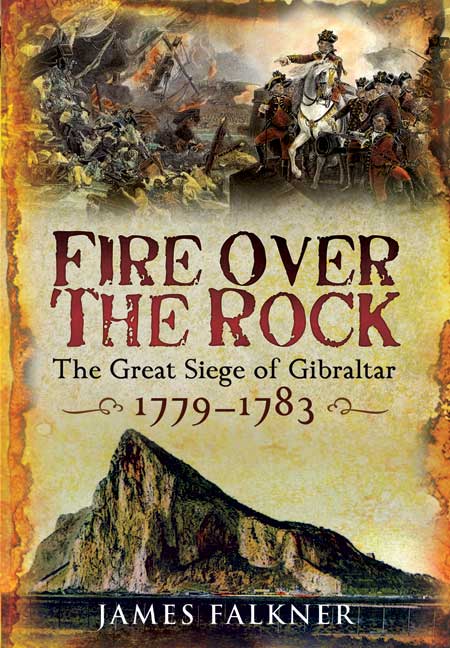 Fire Over the Rock (Hardback)

The Great Siege of Gibraltar

Add to Basket
Add to Wishlist
You'll be £19.99 closer to your next £10.00 credit when you purchase Fire Over the Rock. What's this?
+£4.50 UK Delivery or free UK delivery if order is over £35
(click here for international delivery rates)

The great siege of Gibraltar was the longest recorded in the annals of the British army. Between 1779 and 1783 a small British force defended the Rock against the Spanish and the French who were determined take this strategically vital point guarding the entrance to the Mediterranean. The tenacity and endurance shown by the attackers and defenders alike, and the sheer ingenuity of the siege operations mounted by both sides, make the episode an epic of military history, and the story gives us a fascinating insight into the realities of siege warfare. In this, the first full study of the siege for over 40 years, James Falkner draws on a wide range of contemporary sources to tell the exciting tale of a huge and complex operation.

"Overall, a well researched and lively read of the Great Siege of Gibraltar that will entertain those with even a passing interest in it."

Falkner uses a number of contemporary sources to tell the story of the Rock, including not only military and naval but civilian as well; they suffered as much, if not more, than the soldiers and performed their part in its defense. Falkner also notes the fact that Gibraltar essentially tied down enemy resources that could have been used to greater effect elsewhere.

This is an important addition to the literature of the Napoleonic Era.