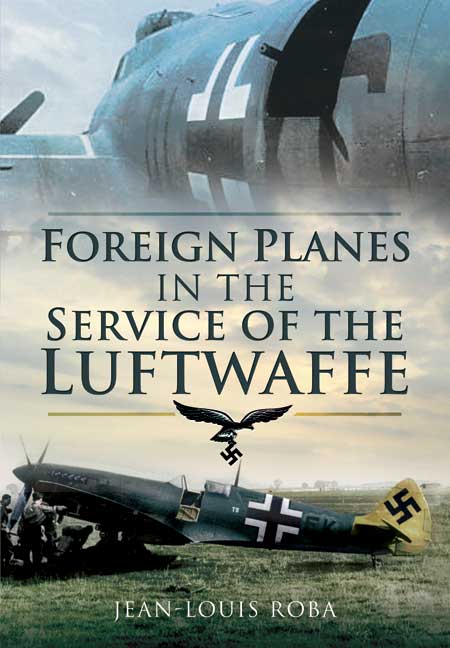 Foreign Planes in the Service of the Luftwaffe (Kindle)

Click here for help on how to download our eBooks
Add to Basket
Add to Wishlist
You'll be £4.99 closer to your next £10.00 credit when you purchase Foreign Planes in the Service of the Luftwaffe. What's this?
Need a currency converter? Check XE.com for live rates

This is an excellent compilation of photos and text describing the aircraft from Austria, Czechoslovakia, Poland, France, Norway, Belgium, Netherlands, United Kingdom, Greece, Soviet Union, United States, Italy and Denmark absorbed by facist Germany during the Second World War. In his 12 chapters of 223 pages there are 409 black and white photos of aircraft brought on board: old, obsolete and front line planes pressed into service for training, liaison, supply and hacks as well as captured front line fighters and bombers. Nothing was ignored. All kinds of aircraft are discussed, service, sports, trainers, fighters, bombers and transports. Germany made the ultimate use of the airframes they obtained and the author shares his knowledge of the specified aircraft and their disposition, some being sold to Germany's allies, Finland, Romania and Italy and many evaluated for counter measures. It's quite the photo essay with lots of ideas for the scale modeller.