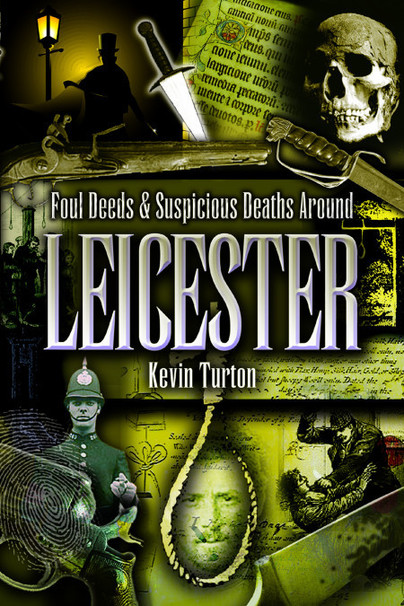 Click here for help on how to download our eBooks
Add to Basket
Add to Wishlist
You'll be £4.99 closer to your next £10.00 credit when you purchase Foul Deeds & Suspicious Deaths around Leicester. What's this?
Need a currency converter? Check XE.com for live rates

Within the pages of this book are some of the most notorious and often baffling cases in Leicestershire's history. From the appalling double murder at Melton Mowbray in 1856, known locally as the Peppermint Billy murders, to the 1953 murderer Joseph Reynolds who killed because he wanted to know how it felt. This book explores the cases that dominated the headlines, not only across the city and surrounding county but also nationwide.

These are the stories of those involved in Foul Deeds and Suspicious Deaths at a time when murder was a capital offence and guilt or innocence was proven without the benefit of modern forensic technique or DNA profiling. Included in this list are also some of those mysterious cases that will remain forever unsolved, as in the now famous case of Bella Wright. Known across the whole country as the green bicycle murder, it commanded public attention in 1919 because of the complex and puzzling nature of the crime and has continued to do so ever since. Just as many of the other cases re-examined here have done.