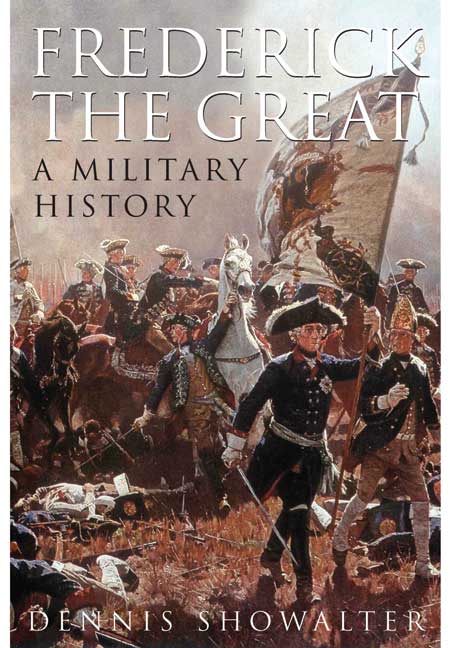 Click here for help on how to download our eBooks
Add to Basket
Add to Wishlist
You'll be £4.99 closer to your next £10.00 credit when you purchase Frederick the Great. What's this?
Need a currency converter? Check XE.com for live rates

Frederick the Great is one of history’s most controversial leaders. Famed for his military successes and domestic reforms, his campaigns were a watershed in the history of Europe, securing Prussia’s place as a continental power and inaugurating a new pattern of total war that was to endure until 1916. However, much myth surrounds this enigmatic man, his personality and his role as politician, warrior and king.

Showalter’s cleverly written book provides a multi-dimensional depiction of Frederick the Great and an objective, detailed reappraisal of his military, political and social achievements. Early chapters set the scene with an excellent summary of 18th century Europe – The Age of Reason; an analysis of the character, composition and operating procedures of the Prussian army; and explore Frederick’s personality as a young man. Later chapters examine his stunning victories at Rossbach and Leuthen, his defeats at Prague and Kolin, and Prussia’s emergence as a key European power.

Impeccably researched and written with style and pace, this book offers important insights into the turbulent history of 18th century Europe and a first-class analysis of one history’s most famous rulers.