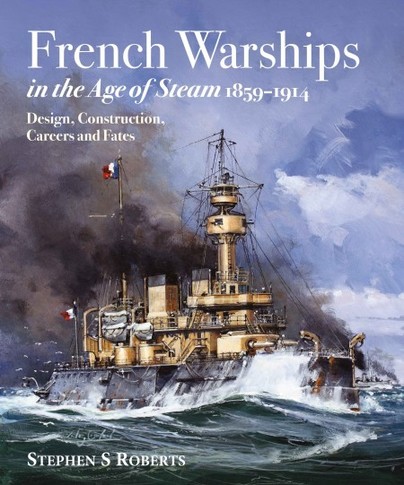 Click here for help on how to download our eBooks
Add to Basket
Add to Wishlist
You'll be £29.99 closer to your next £10.00 credit when you purchase French Warships in the Age of Steam 1859–1914. What's this?
Need a currency converter? Check XE.com for live rates

"This outstanding book will be essential for future studies of naval policy in the period between la Gloire and the First World War."

"Superlatives abound in describing this book, arguably the finest naval “shiplist” ever created. It is, in fact, far more than just a ship list, though that is the central thread of the work’s purpose...The author has taken extraordinary care in basing data on reliable archival sources and explaining contemporary terms and means of measurement."

This outstanding book will be essential for future studies of naval policy in the period between la Gloire and the Great War, because warships were and remain the obvious physical manifestation of policy and strategy.

If you are interested in the French navy of this period or in the history of warship design, then this will be an essential reference work, tracing the development of the warships of one of Europes main naval powers.