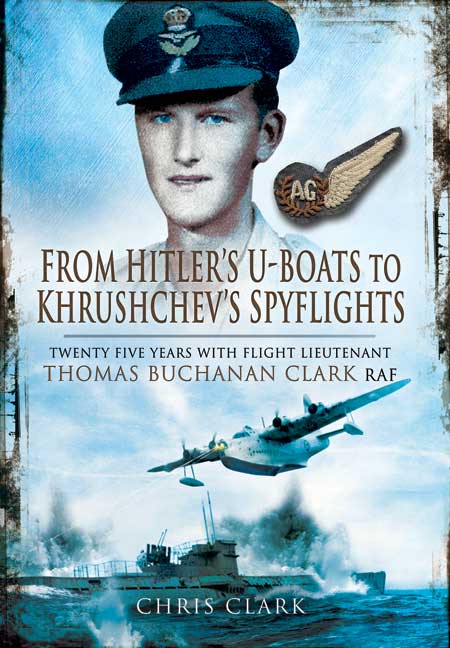 Click here for help on how to download our eBooks
Add to Basket
Add to Wishlist
You'll be £4.99 closer to your next £10.00 credit when you purchase From Hitler's U-Boats to Kruschev's Spyflights. What's this?
Need a currency converter? Check XE.com for live rates

Chris Clark, a War Baby, was born in West Norfolk and raised at various RAF Stations, including Benson in Oxfordshire and Changi in Singapore, before his family settled in the village of Dersingham, Norfolk.

After leaving Secondary Education he sought employment as a Gardener and eventually was employed at the Royal Kitchen Gardens at Sandringham.

He joined Norfolk Constabulary as a Police Constable in the Heartbeat era during March 1966 and had diverse roles within the uniform branch, including Town, Urban and Village Beat, Royalty Protection at Sandringham, Divisional Control Room and Local Intelligence Officer. During the mid 1980’s he was involved in a number of Murder and Rape Major Enquiries as a Researcher and Indexer and later applied for a post within the National Crime Intelligence Service. He was forced to retire through ill-health at the end of August 1994.

He now lives in County Durham with his Wife Jeanne and various pets, including an Irish Red Setter called “Darcy”. He is heavily involved in Family History Research and has four true crime books published to date, with five more in the pipeline.