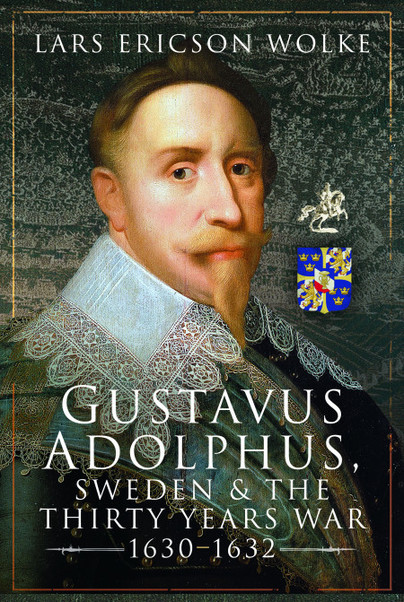 Click here for help on how to download our eBooks
Add to Basket
Add to Wishlist
You'll be £9.98 closer to your next £10.00 credit when you purchase Gustavus Adolphus, Sweden and the Thirty Years War, 1630–1632. What's this?
Need a currency converter? Check XE.com for live rates

As one of the foremost military commanders of the early seventeenth century Gustavus Adophus, king of Sweden, played a vital role in defending the Protestant cause during the Thirty Years War. In the space of two years – between 1630 and 1632 – he turned the course of the war, winning a decisive victory at the Battle of Breitenfeld and conquering large parts of Germany. Yet in English remarkably little has been written about him and no full account of his extraordinary career has been published in recent times. That is why Lars Ericson Wolke’s perceptive and scholarly study is of such value.

The book sets Gustavus in the context of Swedish and European dynastic politics and religious conflict in the early seventeenth century, and describes in detail Swedish military organization and Gustavus’s reforms. His intervention in the Thirty Years War is covered in graphic detail – the decision to intervene, his alliance with France, his campaigns across the breadth of Germany and his generalship at the two major battles he fought there. His exceptional skill as a battlefield commander transformed the fortunes of the Protestant side in the conflict, and he had established himself as a major European figure before his death on the battlefield.

Lars Ericson Wolke, one of the leading experts on the military history of the Baltic and the Thirty Years War, offers a fascinating insight into Gustavus the man and the soldier.

Dr. Wolke introduces the reading audience to a virtual unknown creator and shaper of the Western World. During the "Thirty Years War" that ravaged the European Continent from 1618 to 1648 the forces of reformation and counter-reformation decimated Central Europe and the German States in particular. Enter Gustavus Adolphus and his modern way of war. He did not create new means of making war but he did adopt many of them and adapt them to the battlefield he was fighting. Gone were the "Tercios" and their "Spanish Squares" heavy reliance on pikes to be replaced by more guns and flexible maneuver elements. Most importantly was his rigid enforcement of military discipline that tried to prevent wanton rape, pillage, and brutality that was commonplace as well as accepted in the day and age.

Very interesting and informative for an ordinary person who only knows a little about Gustav Aldoph, like me. As a fan of a related fiction series, it was nice to learn about the real man and the real history he lived.

Dr Lars Ericson Wolke is professor of history at the Swedish Defence University, Stockholm and docent in military history at Åbo Akademi University, Turku, Finland. He is also a member of the Royal Swedish Academy of Military Sciences, sat on the board of the International Commission of Military History 2005-2015 and was senior archivist at the Military Archives, Stockholm. He has written over thirty-five books and is a leading expert on the military history of Sweden, in particular on the Thirty Years War and the Great Northern War.