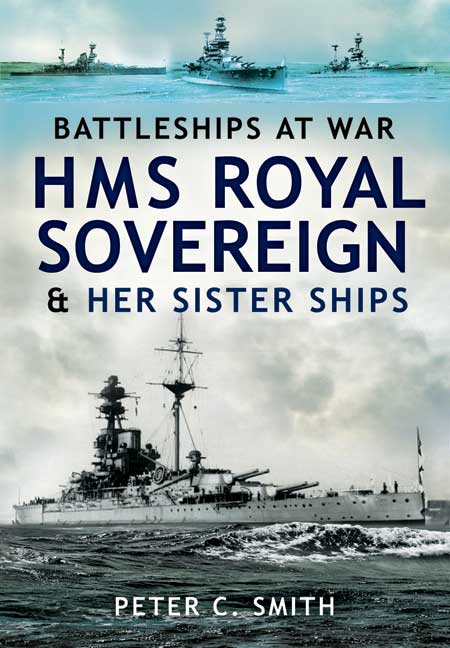 Click here for help on how to download our eBooks
Add to Basket
Add to Wishlist
You'll be £4.99 closer to your next £10.00 credit when you purchase HMS Royal Sovereign & her Sister Ships. What's this?
Need a currency converter? Check XE.com for live rates

This is the wartime history of the battleship HMS Royal Sovereign, along with the story of her four sister ships HMS Revenge, HMS Resolution, HMS Royal Oak and HMS Ramillies. These ships were built and launched during World War I and although old and slow, and bitterly criticised by Churchill and others as being "Coffin Ships", the Royal Sovereign class battleships in fact played a valiant and doughty role in World War II. The Royal Oak was an early loss, thanks mainly to pre-war Government parsimony, the other four ships played a full part, at Norway, bombarding the German invasion fleet in the Channel; escorting North Atlantic convoys; in the Mediterranean, in the Indian Ocean, the occupation of Madagascar and at Normandy and the South of France invasions. HMS Royal Sovereign herself, was handed over to the Soviet Union for several years and her service there is also detailed along with their final demise post-war. Many original eyewitness accounts and photographs enhance the book.