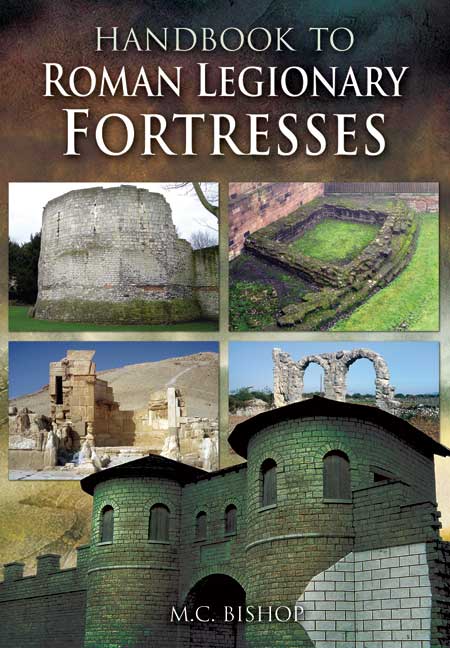 Click here for help on how to download our eBooks
Add to Basket
Add to Wishlist
You'll be £4.99 closer to your next £10.00 credit when you purchase Handbook to Roman Legionary Fortresses. What's this?
Need a currency converter? Check XE.com for live rates

This is a reference guide to Roman legionary fortresses throughout the former Roman Empire, of which approximately eighty-five have been located and identified. With the expansion of the empire and the garrisoning of its army in frontier regions during the 1st century AD, Rome began to concentrate its legions in large permanent bases. Some have been explored in great detail, others are barely known, but this book brings together for the first time the legionary fortresses of the whole empire. An introductory section outlines the history of legionary bases and their key components. At the heart of the book is a referenced and illustrated catalogue of the known bases, each with a specially prepared plan and an aerial photograph. A detailed bibliography provides up-to-date publication information.

The book is accompanied by a website providing online links to sites relevant to particular fortresses and a Google Earth file containing all of the known fortress locations.

'The location and status of each, the size, orientation and units that served in them are very valuable information that complement the drawings.'

Please note: This review is in Spanish and can be translated.

This is a high quality reference work that will be a very valuable resource for students of the Roman army or of Roman military architecture.

This work brings together a wealth of information previously scattered over a wide range of sources and, in many cases, previously unavailable to the general public. It should provide hours of enjoyment to both the student of classical civilizations as well as to the military historian. It should also entertain anyone with an interest in Roman history.

This informative book meticulously details what we have come to know about legionary fortresses built by the Roman Empire. Dr Mike Bishop is an expert in Roman military archaeology and here his research is accompanied by illustrations, photographs and site maps.

An impressive guide to all the known Roman legionary fortresses which have been uncovered across the former Empire. A very useful book which sets a broad subject into context and will be invaluable to anyone researching the field.

This book is...a very important historical review of a very important subject and it also provides an example of the way that printed books are learning to live with eBooks, the internet, and take advantage of the opportunities the digital age offers. The author has made great use of illustrations. The drawings are clear and well done, as are the maps. As a key reference book this is first class and will be highly regarded by scholars of the period.

Providing exactly what the title suggests, this is primarily a gazetteer of all currently known Roman Legion bases, each with well referenced details such as location, situation, size, orientation etc. as well as the units that were based there together with line drawings and photographs...all in all this handbook should be considered an essential reference for a Roman military scholar.

Mike Bishop...is a specialist in military archaeology and admits that he wrote this particular book because he needed a gazetteer of Roman legionary fortresses. He provides detailed drawings and descriptions, dates, units, garrisons, etc. of some 85 sites. Perhaps as a sign of the future of publishing the book is complemented by a website providing information and aerial views of the fortress sites identified.

The author of this impressive book, Dr Mike Bishop, is a respected freelance archaeologist, writer and publisher specialising in Roman militaria. The Handbook is a reference guide to 103 legionary fortresses scattered around the frontiers of the Roman Empire, 11 of them in Britain. The bulk of this minutely researched volume consists of detailed plans, measurements and geographical data of each fortress with literary references. A number of large colour photographs, mostly taken by the author and his collaborator Jonathon Coulston, complement the descriptions. There are informative appendices including a timeline of legionary movements, and an exhaustive bibliography, and the book is linked to a website containing further detailed information and maps. The Handbook would be an asset to any serious library of Roman studies.

The Friends of Fishbourne Roman Palace