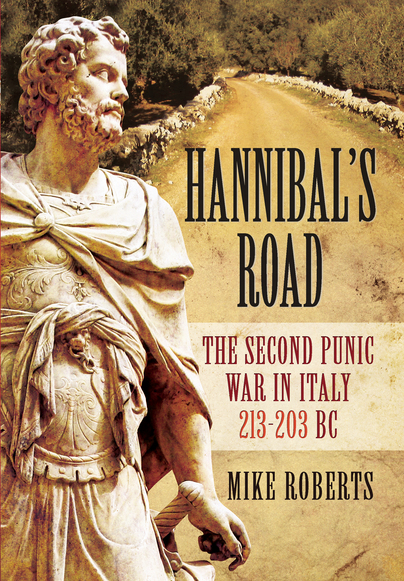 Click here for help on how to download our eBooks
Add to Basket
Add to Wishlist
You'll be £4.99 closer to your next £10.00 credit when you purchase Hannibal's Road. What's this?
Need a currency converter? Check XE.com for live rates

Many books have been written on the Second Punic War and Hannibal in particular but few give much space to his campaigns in the years from 213 203 BC. Most studies concentrate on Hannibals series of stunning victories in the early stages of the war, culminating at Cannae in 216 BC, then refocus on the activities of his nemesis ,Scipio Africanus, in Spain until the two meet in the final showdown at Zama. But this has led to the neglect of some of the Carthaginian genius most remarkable campaigns.
By 212 the wider war was definitely going against the Carthaginians. Yet Hannibal, despite being massively outnumbered and with little support from home, was able to sustain his polyglot army and campaign actively across southern Italy for another ten years. His skilful manoeuvring and victory in numerous engagements kept several veteran armies of the normally aggressive Romans tied up and on the defensive, until Scipios invasion of North Africa pulled him home to defend Carthage. Mike Roberts follows the course of these remarkable events in detail, analysing Hannibals strategy and aims in this phase of the war and revealing a genius that had lost none of its lustre in adversity.

The book casts a piercing light into a time that is shaded in much shadow. I have read some of the author's earlier works and they, along with this book, makes me hope for many more.

Overall this is an interesting book that provides detailed coverage of a period that is rather too often skipped over.

Mike Roberts does an excellent job tracking events there over the next decade, with some good strategic analysis and a number of excellent battle pieces, weaving political, logistical, and military trends into his account.

An intriguing study focusing on how the Carthaginian commander defied all odds and occupied the Romans' backyard for so long.

Mike Roberts' text is full of details and shows how Hannibal has developed defensive strategies to overcome adversity.

Mike Roberts takes a look at the second Punic Wars, engagements that have been largely overlooked by Hannibal's historians through the years. A fascinating account of one of ancient history's most iconic leaders.