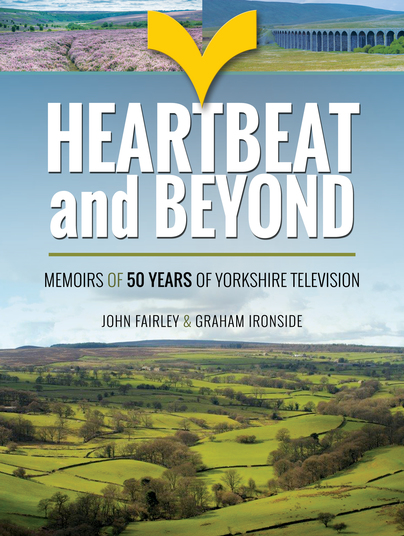 Heartbeat and Beyond (Kindle)

Memoirs of 50 Years of Yorkshire Television

Picture gallery: Behind the scenes at Yorkshire Television's 50th birthday party, via ITV.com.

You'll be £4.99 closer to your next £10.00 credit when you purchase Heartbeat and Beyond. What's this?
Need a currency converter? Check XE.com for live rates

In 1968 a group of young people took over a derelict trouser factory in a rundown part of Leeds and set about producing programmes that were to define the British television world of the late 20th Century.

These included the investigative documentary series First Tuesday, Darling Buds of May, Whickers World, Dont Ask Me and Heartbeat.

Fifty years on, their achievements and experiences, often dramatic and frequently absurd, make for fascinating behind-the-scenes reading. This book paints a colourful and entertaining picture of the making from virtually nothing of one of the greatest television channels of all times.

This is a book with great flair and panache. It recalls the days when television was still the great new phenomenon, even though practically every home had one. It buzzes with the excitement these young journalists and writers must have felt as they grasped this new tool of communication and managed to produce some of the best television of the age, much of which still finds its way onto our screens today, to our great pleasure.

Heartbeat and Beyond is full of stories of drama and comedy, both in front of and behind the camera.

From 1960, Graham Ironside trained as a newspaper journalist in his native Scotland for five years before moving to Grampian Television in Aberdeen, as a researcher and later News Editor.

He joined the brand-new ITV franchisee, Yorkshire Television, in 1968 as a founder-member of the News & Current Affairs Department. Initially, he was News Editor and became Editor of ‘Calendar’, the nightly news magazine, 1974.

He became Controller of Regional Programmes in 1982, and was appointed Director of Operations & Development in 1992, a post he held until June, 1995, when he set up his own company, as a training and management consultant.

Since then, he has worked extensively in Eastern Europe, South Africa and Palestine and, for 18 months, was Director of Broadcasting for a newly-established channel in Sri Lanka.