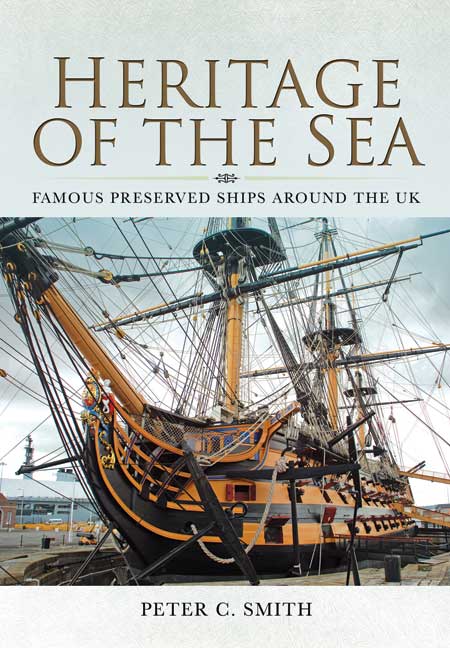 Heritage of the Sea (Kindle)

Famous Preserved Ships around the UK

Click here for help on how to download our eBooks
Add to Basket
Add to Wishlist
You'll be £4.99 closer to your next £10.00 credit when you purchase Heritage of the Sea. What's this?
Need a currency converter? Check XE.com for live rates

During the period from Sir Francis Drake to the 21st century the naval power of Great Britain rose from that of an obscure island to that of a world-wide empire. British shipping and seamen dominated the globe for four centuries and the ships that explored the world and those which guarded them represent a unique treasure-house of maritime history, unrivalled anywhere in the world.

This book lists all the major vessels, from the Museum ships to the exhibitions and replicas all of them evoke pride and diversity and invite study from all age-groups. All are fully illustrated with colour photographs. The ships and their proud histories are described in detail, along with details of how they may be visited and enjoyed.

This book lists all the major vessels; from the Museum ships to the exhibitions and replicas. All are fully illustrated with colour photographs. The ships and their proud histories are described in detail, along with details of how they may be visited and enjoyed.

The ships and their histories are illustrated and described in depth. This well written and beautifully presented book would certainly be of interest to not only ship modellers, but also those of us who enjoy visiting these preserved ships.