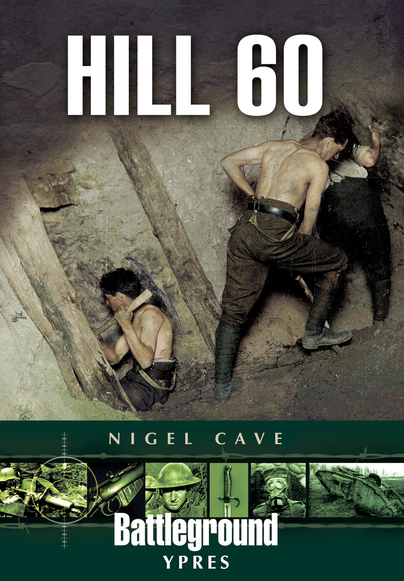 Add to Basket
You'll be £4.99 closer to your next £10.00 credit when you purchase Hill 60. What's this?
Need a currency converter? Check XE.com for live rates

The shell-ravaged landscape of Hill 60, some three miles to the south east of Ypres, conceals beneath it a labyrinth of tunnels and underground workings. This small area saw horrendous fighting in the early years of the war as the British and Germans struggled to control its dominant view over Ypres.

The shell-ravaged landscape of Hill 60, some three miles south east of Ypres, conceals a labyrinth of tunnels and underground workings. This book offers a guide to the memorials, cemeteries and museums at the site