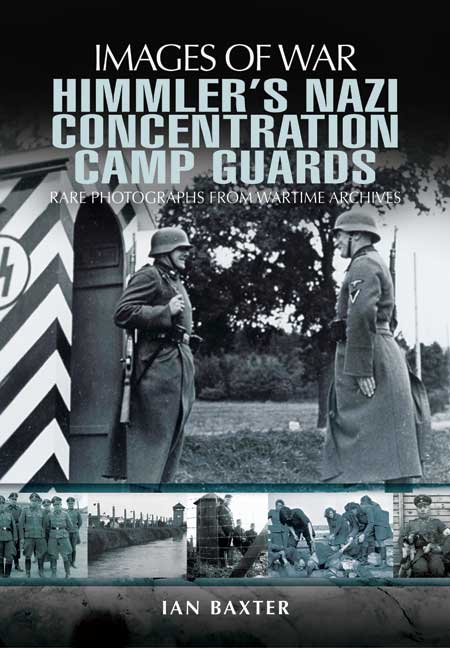 Click here for help on how to download our eBooks
Add to Basket
Add to Wishlist
You'll be £4.99 closer to your next £10.00 credit when you purchase Himmler's Nazi Concentration Camp Guards. What's this?
Need a currency converter? Check XE.com for live rates

This book studies the whole process of recruitment, indoctrination and performance of those responsible for the guarding of concentration camp inmates. It is not an attractive subject – the conversion of human beings into sadists and murderers is bound to be shocking. But it happened under the Third Reich on a massive scale.

Of the 55,000 Nazi concentration camp guards, some 3,700 were women. The book studies their behaviour with examples of individuals routinely carrying out appalling acts of cruelty alone or alongside their male counter-parts.

Written and compiled by a highly experienced author, researcher and collector, the book follows the development of concentration camps from the early beginnings in the 1930s (Buchenwald, Sachsenhausen, etc), through their establishment in the conquered territories of Poland and Czechoslovakia to the extermination camps of Dachau and Auschwitz. In parallel it describes, using original source material, the behaviour of the guards who became in numerous cases immune to the horrors around them. The Liberation process is also described using numerous moving personal accounts of Allied personnel.

Himmler's Nazi Concentration Camp Guards, with its many rare unpublished images and authoritative text, is the most comprehensive pictorial study of this shocking aspect of the Nazi regime.

Ian Baxter is a much published author and photographic collector. As a result of his many works in the Images of War series he has an increasing following. He lives near Chelmsford, Essex.


For the benefit of our future generations, this is a fact that can not be forgotten or to try to prevent it from happening again.

An interesting book with unpublished documents of great value.

Pen & Sword's Images of War series has provided important pictorial reference material for both the historian and the modeller. In this latest title Ian Baxter has chosen to depict what will be for many a distasteful and unattractive subject. This is in-deed a brave step for both the author and the publisher.

This comprehensive study begins with the introduction of the camps, and continues until their final liberation by the Allies. Hardly a subject for the faint-hearted, but if you are prepared for a few shocks, the text provides an excellent historical perspective. Full of information, it deals with many issues that faced the caps on a day-to-day basis.

The success the Images of War series is due to the copious use of collectors’ graphic and rare contemporary images, supported by authoritative captions and lively text. The majority of titles in this fast growing series focus on campaigns and formations of the Second World War.

This edition is a chilling study of the whole process of recruitement, indoctrination and performance of those responsible for the guarding of concentration camp inmates. Another great release from Pen and Sword in their Images of War series. The book is well written with lots of a high quality black and white pictures. Highly recommended

Having read many of the Images of War Series which I had enjoyed I wondered just how much I might enjoy this title. The concentration camps of World War II bring to mind some of the worst human atrocities ever carried out.

Ian Baxter has managed to produce a book that shows the camp guards in normal everyday situations, training, at home with their families, going about their more mundane duties etc. But along with his narrative the pictures take on another meaning. These are everyday pictures of sadistic murderers.

Ian Baxter should be commended on this book. The concentration camps of the Second World War should never been pushed to the back of our minds. It happened and we should remember it so that it can never be allowed to happen again.