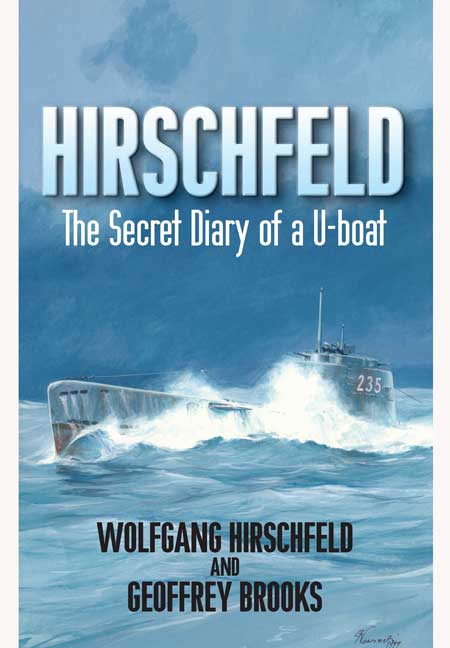 Click here for help on how to download our eBooks
Add to Basket
Add to Wishlist
You'll be £4.99 closer to your next £10.00 credit when you purchase Hirschfeld. What's this?
Need a currency converter? Check XE.com for live rates

Whilst there have been many memoirs written by U-boat commanders of the Second World War, a book such as this, based upon the diaries of a senior Petty Officer telegraphist, written in 'real time' is something very special. Wolfgang Hirschfeld, whose diaries Geoffrey Brooks has translated is a born story teller.

The principal chapters describe his experiences during six war patrols in U-109, in which he served as the senior telegraphist. His is a tale which covers the whole kaleidescope of emotions shared by men at war - a story of immense courage and fortitude, of remarkable comradeship born of the dangers, frustrations and privations shared and of transitory moments of triumph.

Throughout runs a vein of humour, without which resistance to stress would have been virtually impossible. We get to know one of Germany's great U-boat aces, 'Ajax' Bleichrodt, holder of the Knight's Cross of the Iron Cross with Oak Leaves and, in a special biographical appendix, learn how he finally cracked under the strain. The role of Admiral Karl Donitz, the dynamic commander of the U-boat service, so fascinatingly described by Hirschfeld, is of special interest - not least because even this dedicated Nazi had clearly realized by September, 1942, that the war was fast being lost.

In 1944 Hirschfeld was promoted Warrant Officer and found himself on a large, schnorkel-equipped boat (U-234) heading for Japan with a load of high technology equipment and, in addition, a quantity of uranium ore. The possible significance of that uranium has been deeply researched by Geoffrey Brooks and is discussed in a second appendix.

A detailed account of life aboard a U-boat during the Second World War first published in 1996, this edition includes additional material released on the death of the German author.

This book is both unique and very worth while. The stuff of a thrilling novel.