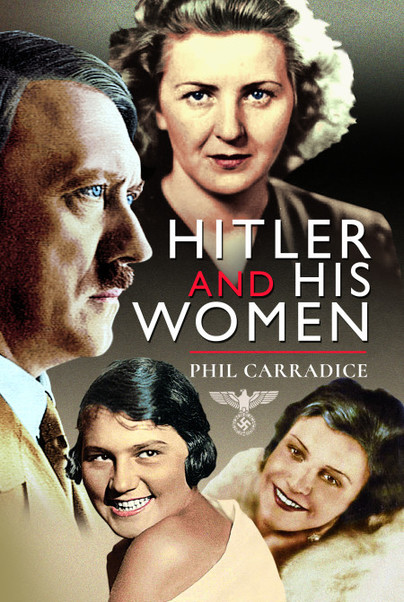 Hitler and his Women (Kindle)

Click here for help on how to download our eBooks
Add to Basket
Add to Wishlist
You'll be £8.99 closer to your next £10.00 credit when you purchase Hitler and his Women. What's this?
Need a currency converter? Check XE.com for live rates


‘Hitler and his Women’ looks at all the women who had any significant interaction with Hitler during his lifetime, as well as a few about which there is only limited evidence.

Phil Carradice often writes about Welsh history and I have read a number of his books and he has always been a really good historian who writes in a balanced manner. This book does bring a couple of bits of insight into why women are or would be interested in such a bad man, and the historical background information is good to learn about. But I personally think the reasons for some of the loves in his life are down to his growing up and which females influenced his life then. As for why did the women of Germany adore Hitler, that is surely down to what surrounded him for example, his position, propaganda, his media projection and that he was portrayed as the ultimate idol to be looked up to in society. This was a very good book to read and argues good, valuable points to consider. Certainly a good book and would recommend it to others.

One doesn't normally think of Hitler having that much interest in women except, of course, for Eva Braun. Phil Carradice, one of my favourite Pen and Sword historians, sets the record straight.

It's shocking how many beautiful women fell for Hitler - but not as awful as the terrible fates that befell them: New book reveals the Fuhrer's sexual allure and how every affair ended in horror or tragedy