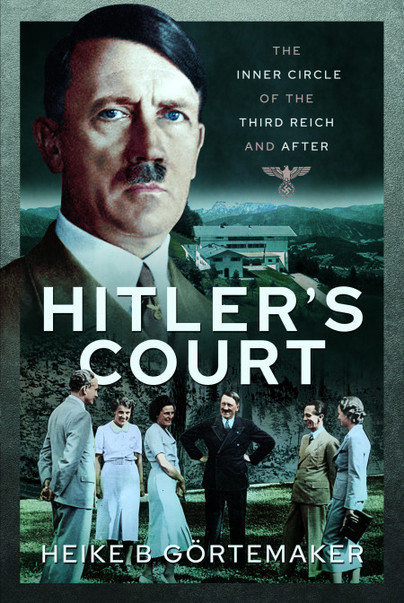 Click here for help on how to download our eBooks
Add to Basket
Add to Wishlist
You'll be £4.99 closer to your next £10.00 credit when you purchase Hitler's Court. What's this?
Need a currency converter? Check XE.com for live rates

"...a fascinating look at the levers and layers of power in the Third Reich."

This is an important book in that it looks at the lifestyles and personal people around Adolf Hitler, I suppose those you could call his friends. Now from what I personally made of this is that I can see Hitler having friends, but these friends I would say he kept at arm’s length, I think he was the type of grandiose personality that would always keep himself to himself so that people couldn’t see his thoughts. I would say that while Hitler had an inner circle of friends, all of similar beliefs, I’m not sure anyone really knew what was ever in his mind. I think this is a fantastic book written by the historian Heike Gortemaker, she has written a book based on plenty of primary documents that you have to give this book a lot of respect, on a part of Hitler that has been written about but not with the access to documents of importance. This is a really good book and most certainly I would recommend to anyone interested in Hitler or WW2.

This is a very valuable addition to the literature on Hitler. Gortemaker makes particular care to distinguish between what his entourage said about Hitler after the war - and what they were saying when they were with him.