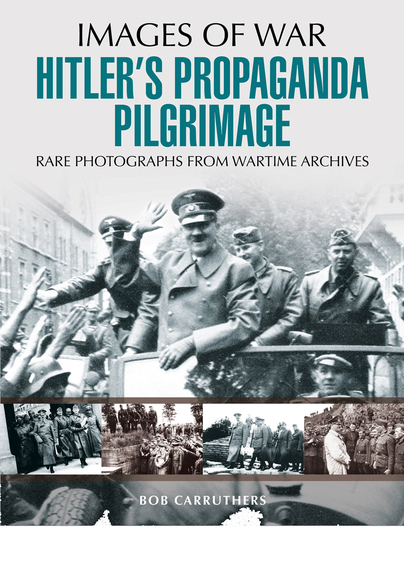 Click here for help on how to download our eBooks
Add to Basket
Add to Wishlist
Get Hitler's Propaganda Pilgrimage (Kindle) for FREE when you purchase 2 other eBooks.
Need a currency converter? Check XE.com for live rates

The famous image of Hitler in Paris has become one of the most iconic images of the Second World War. However, Hitler only spent a few hours in Paris before heading to Flanders to re-visit the sites of the battlefields where he had served during the Great War. He was on a propaganda mission to publicize his own war service and a full photographic record of Hitler's visits to France and Flanders was produced by Heinrich Hoffman, Hitler's personal photographer. Those photographs from 1940 have now been collected together for the first time and are reproduced here along with all of the most important surviving images of Hitler in the Great War.

Featuring rare and previously unpublished images of Hitler in France and Flanders from 1914 to 1940, this important photographic study documents a vital but often overlooked chapter in the story of Adolf Hitler.

While some of the photos in here are well known, this does create an interesting collection by itself... Much has been written about Hitler, and what he went on to lead Germany in. That aside for a moment, this perhaps gives a bit of a picture of his personal story and the importance of the impact of his experiences in the trenches of WW1.