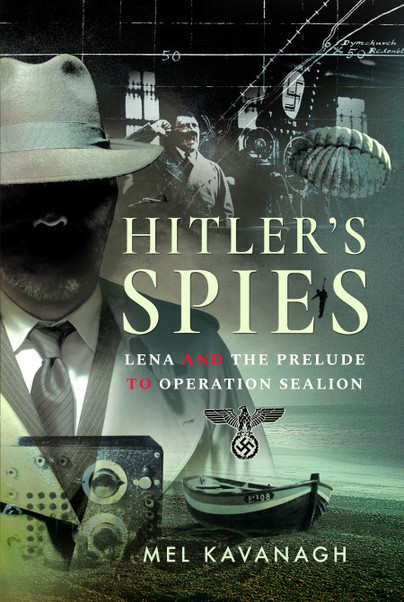 Click here for help on how to download our eBooks
Add to Basket
Add to Wishlist
You'll be £4.99 closer to your next £10.00 credit when you purchase Hitler's Spies. What's this?
Need a currency converter? Check XE.com for live rates


"Kavanagh's book should be of interest to those who enjoy murder mysteries and the intricacies of how the guilty were brought to justice."

Hitler's plan to invade Britain was thwarted at every turn, thankfully, but it would be naive to suppose that spies were not involved in the planning and organisation of what would have been the end of the world as we knew it. Mel's book follows the fascinating exploits of four of Hitler's spies - real-life Spooks!

I love it when I get to review a ‘spy’ type book for Pen & Sword Books because it’s often a book full of stuff that hasn’t been revealed very often before. It’s often information not long revealed or items that have been hidden purposely for a number of years. This book is great because it follows 4 different stories of German spies and plans such as Operation Sealion, and what is good about this book is that the author has heavily relied on primary source materials such as documents, diaries, plans and letters. Credit should go to the author who has re-written this evidence well to write an extremely engaging book that keeps you interested and wanting more from it. Also we shouldn’t forget that this was at a time when Britain was having to fight Germany on its own. The photographs are good and add quite a bit to the book which is usually the case as these are very often never before seen photos. A really good book I would certainly recommend to others with a 4.5 star rating.

The story of the first Nazi saboteurs is told in a thrilling new book, Hitler's Spies by Mel Kavanagh.