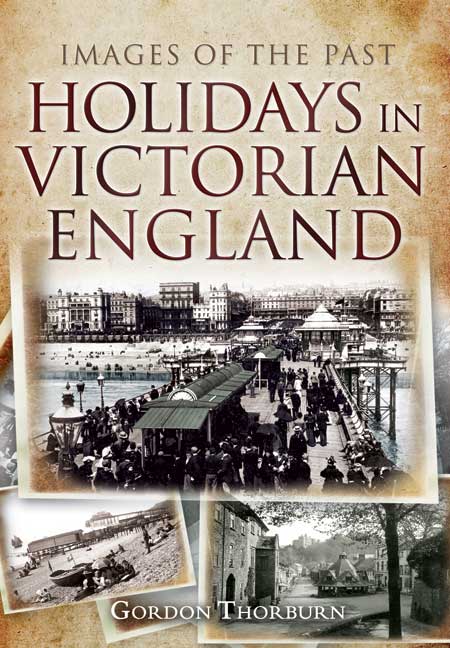 Click here for help on how to download our eBooks
Add to Basket
Add to Wishlist
You'll be £4.99 closer to your next £10.00 credit when you purchase Holidays in Victorian England. What's this?
Need a currency converter? Check XE.com for live rates

Margaret B. was an ordinary middle-class English girl of the late Victorian era, not wealthy but comfortable. Father was a Church of England cleric and, later, she would marry another. Meanwhile, the family took holidays and made trips around England, not venturing abroad, and these are the pictures from those happy days, all sunny ones.

Soon there would be charabancs, deckchairs and electric light. For Margaret B., at the seaside there were bathing machines, and modesty forbade being seen out of the water in anything other than full dress, including hat.

In the country, holidaymakers were a rarity. The railways could take you almost anywhere, but it was only the middle classes who went. So there were no crowds, and many of our pictures show tourist hotspots before they were hot, before there was any such thing as a car park.

The text provides local knowledge and background to the photographs and is an enjoyable read in itself, but the real pleasure is in seeing Brighton, Margate, Scarborough, Broadstairs, Clovelly, Ilfracombe, Minehead and other such places before it all happened. See Exmoor, the White Peak and Somerset when the loudest noise was the click of the camera shutter. The nostalgia is almost unbearable.

I am a massive fan of the Victorian era and I found that “Holidays in Victorian England” is a fascinating book and it was great to be able to look back in time. The focus on the book is mainly on some of the resorts that were busy during that period, such as Brighton, Scarborough, Broadstairs, Clovelly, Ilfracombe and Minehead.

There is something enduringly enchanting about Holidays in Victorian England in which Gordon Thorburn presents a photographic history of an ordinary middle-class English girl’s family holidays in the late 1800s.
Thus many of the 150-odd photographs show today’s popular resorts and venues in more leisurely, more relaxing times, times enjoyed by the lucky few before working class holidays and cheap travel brought the masses rushing in.

A fascinating collection of holiday snaps from a time when photography was still in its infancy. The will-travelled family clearly enjoyed their explorations of the British countryside and seaside, and the result is a brilliant slice of social history. Everyone loves looking at old photographs, and many of those contained in this wonderful book are serious rivals for the Francis Frith collection. Brilliant.