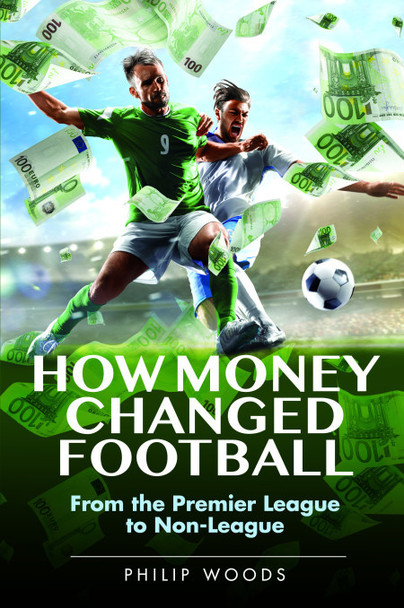 From the Premier League to Non-League

Preorder
Add to Wishlist
You'll be £11.99 closer to your next £10.00 credit when you purchase How Money Changed Football. What's this?
+£4.50 UK Delivery or free UK delivery if order is over £35
(click here for international delivery rates)

Football is a sport loved all over the world. A game can be traced back to 2500 B.C according to the Greeks, however the sport as we know it now began with the creation of the F.A of England on 26th October 1863. It wasn't long before the professional game began when players from mill towns like Blackburn and Darwen started to sneakily pay players a wage and a transfer fee. Football soon became global and leagues began to be created. The game exploded and has continued to grow until today.

There is an uglier side to the game these days, one in which money has become the number one factor. Money at the heart of football has grown at an astonishing rate since the 1980's, or 1979 to be precise, when the first million pound transfer happened in the UK, Trevor Francis moving from Birmingham City to Nottingham Forest. To think that this figure has grown to the staggering 222 million Euro transfer of Neymar from Barcelona to Paris St-Germain in just 38 years is enough to make the eyes water.

This book looks at the financial gap in football, from the sad day in 2019 when Bury were thrown out the league to how the likes of Chelsea and Manchester City can spend hundreds of millions assembling a team. It focuses in on clubs who are run in the right way, to those that spend more than they earn and end up like Bury. Financial Fair Play has been bought in, but that hasn't stopped unscrupulous owners flouting the rules.

Football is a game that used to be owned by the fans, these days some clubs have become a play thing for rich benefactors. This book does not look to blame people, instead it's here to shed light on how football has become a game based around pound notes instead of those who sing in the stands.