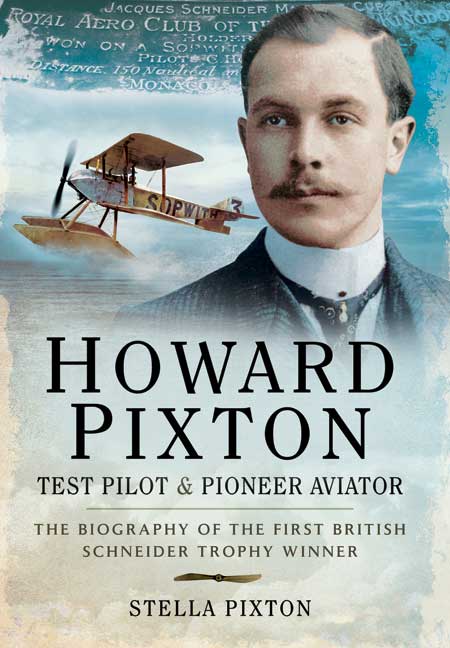 Click here for help on how to download our eBooks
Add to Basket
Add to Wishlist
You'll be £4.99 closer to your next £10.00 credit when you purchase Howard Pixton – Test Pilot and Pioneer Aviator. What's this?
Need a currency converter? Check XE.com for live rates

This book is a truly remarkable account that captures the atmosphere, thrills and danger of the pioneering days of aviation. Howard Pixton was flying for A V Roe at Brooklands in 1910 when S F Cody at Laffans Plain tried to persuade him to join him. But in 1911 he test flew A V Roes tractor biplane, the forerunner of the 504. By now acknowledged as the first professional test pilot, he left A V to join Bristols and for two years demonstrated new models to dignitaries across Europe.

In 1913 he joined Tommy Sopwith and in 1914 he became the first Briton in a British plane to win an international race, the coveted Schneider Trophy. This gave Britain air supremacy and Howard was feted as the finest pilot in the World. Sopwiths Tabloid aircraft developed into the Pup, and then into the Camel. Throughout The Great War Pixton test flew many of the rapid evolving designs.

Stella Pixton is Howard's daughter and she draws on family papers to tell the story of her Fathers life as a man and aviator. She runs a popular business on the Isle of Man where she is well known as a colourful character.