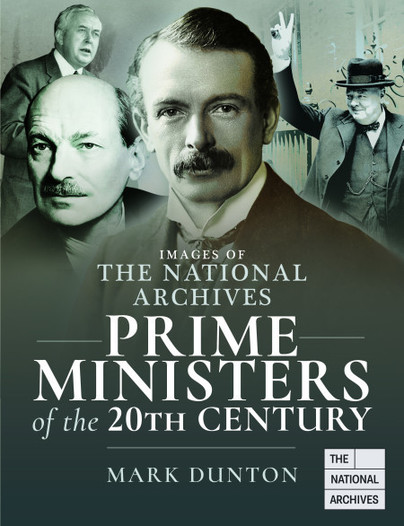 Images of The National Archives: Prime Ministers of the 20th Century (Kindle)

Click here for help on how to download our eBooks
Add to Basket
Add to Wishlist
You'll be £5.99 closer to your next £10.00 credit when you purchase Images of The National Archives: Prime Ministers of the 20th Century. What's this?
Need a currency converter? Check XE.com for live rates

This book gives an overview of each of the British Prime Ministers of the 20th century, summarising their premierships, their policies, and the key events. It is lavishly illustrated with images of documents from The National Archives which give a fresh dimension to the study of the Prime Minister’s role, providing insights into their personalities and the pressures that Prime Ministers are subject to. Handwritten comments by Prime Ministers enable the reader to connect with the individual and how they felt at the time. There are dramatic episodes and examples of forthright reactions, but flashes of humour too.

Really interesting potted history of Prime Ministers of the 20th century, together with important events that occurred during their term. Will assist in answering those relevant Pointless questions.

These books by the National Archives are always good because they often contain rare or unseen photos and there were certainly photos I hadn’t seen before including a rather young Anthony Eden. There is also a number of photos of important documents such as the Good Friday Agreement and a number of documents that had been previously classified. If you into British politics you’ll enjoy the book and it does reveal a few unknown.

Excellent tool for my teaching, fascinating and well informed. The author has a wide knowledge of his subject and conveys the information easily. I would have no hesitation in recommending this publication to anyone with an interest in British history as an academic or lay person.

Despite being a history teacher I’m ashamed to say I don’t know much about the UKs prime ministers. This wee book provides a great introduction to every Prime Minister since 1900.

Each profile is contains a photo of the PM, their key dates and a summary of their time in office. I’ve definitely learned a few things about PMs I thought I knew well and some of the things mentioned and I’ll definitely be looking further into some of the things I’ve learned, especially Baldwins role in the Simpson Scandal.

I love books like this one and I have read a few books now that use the images from The National Archives and found them fascinating and this one was no different.

The book is not a long one to read in length as the focus is mainly on the mainly on the images which have captions where needed, and there are also some great extracts from the Archives too that focussed on some of the key issues and actions that came to light during their premiership.

I liked the addition of the handwritten comments that show their personalities and thoughts at the time too – quite enlightening. I knew a bit about most of those focussed on, some more than others with them having been in position during my lifetime and their actions affecting my parents, particularly my father during the Miners’ strike.

It is 5 stars from me for this one – it was a great book to read and I loved being able to read the stories of those who were actually involved with the great ship – very highly recommended!

Mark Dunton is Principal Records Specialist for Contemporary records at The National Archives, specialising in 20th century British political, social and economic history. Mark is a regular media spokesperson for The National Archives on the annual releases of governmental files and has given numerous television, radio and press interviews about the Prime Minister’s office records and Cabinet Papers.