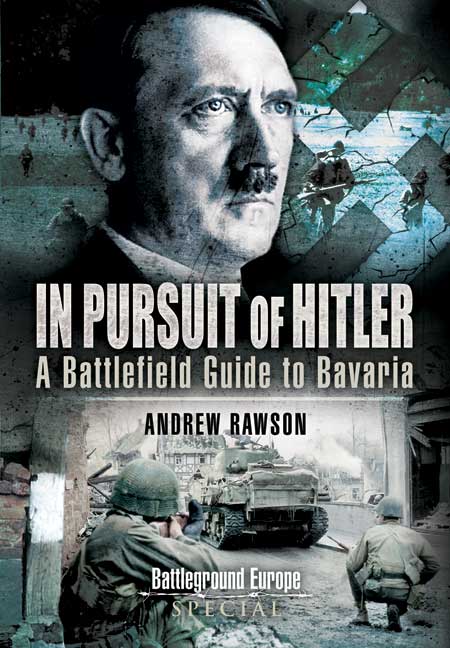 In Pursuit of Hitler (Kindle)

Click here for help on how to download our eBooks
Add to Basket
Add to Wishlist
You'll be £4.99 closer to your next £10.00 credit when you purchase In Pursuit of Hitler. What's this?
Need a currency converter? Check XE.com for live rates

This book is a chronology of the Rise and Fall of the Third Reich and the famous victory drive of the Seventh Army. It starts at the Worms' Rhine bridgehead and moves quickly onto Aschaffenburg, before describing the Hammelburg Raid to release US POWs. Driving South through Karlstadt the Army seized crossing of the River Mainz at Wurzburg (which has a fine castle). The seizure of Nuremberg was hugely symbolic and this beautiful city was the scene both of the infamous Nazi Rallies and of course the War Crimes Tribunals. The road to Munich, always worth visiting (bierfest or no bierfest!) is via the Danube crossings and the books takes in the liberation of the appalling Dachau Concentration Camp and the battle at the SS Barracks. Munich was the centre of Hitler's early life and represented his powerbase. He was imprisoned here and wrote Mein Kampf. The book climaxes with the approach to the Alps and the superb Eagle's Nest, so popular with tourists.

On April 29, 1945, American forces liberate Dachau, the first concentration camp established by Germany's Nazi regime. Established just five weeks after Adolf Hitler took power as chancellor in 1933, the camp was situated on the outskirts of the town of Dachau, just 12 miles north of Munich. Dachau became the model for other Nazi concentration camps and was also the first to use prisoners as human guinea pigs in medical experiments. At Dachau, Nazi scientists tested the effects of freezing and changes to atmospheric pressure on inmates, infected them with malaria and treated them with experimental drugs, and forced them to drink only seawater, among other savage experiments. Some 40,000 inmates died at Dachau and countless more passed through on their way to the death camps in Poland, where millions perished.