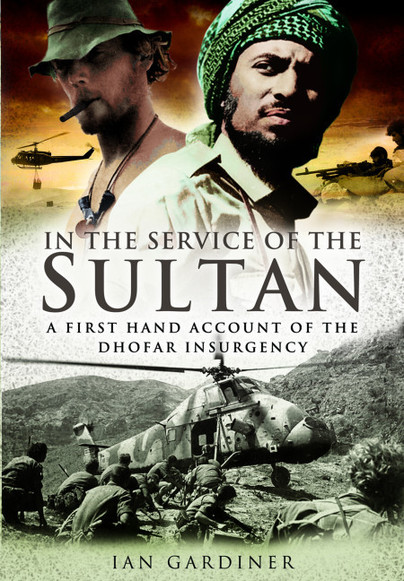 In the Service of the Sultan (Kindle)

Click here for help on how to download our eBooks
Add to Basket
Add to Wishlist
You'll be £4.99 closer to your next £10.00 credit when you purchase In the Service of the Sultan. What's this?
Need a currency converter? Check XE.com for live rates

While the Americans were fighting in Vietnam, a struggle of even greater strategic significance was taking place in the Middle East: the Sultanate of Oman guards the entrance to the Arabian Gulf, and thus controls the movement of oil from that region. In the 1960s and 70s, the Communists tried to seize this artery and, had they succeeded, the consequences for the West and for the Middle East would have been disastrous - and yet, few people have ever heard of this geo-political drama at the height of the Cold War. In the Service of the Sultan tells, first-hand, the largely unknown story of a small number of British officers who led Muslim soldiers in this hard-fought anti-insurgency war which has shaped today's Gulf. After outlining the historical, geographical and political background, the book describes military action in a stark and mountainous environment, including operations with irregular forces and the SAS as well as action in the air and at sea. The book gives a gripping, moving, funny account of all these and paints a powerful and illuminating picture of the realities of war. It will appeal to all who are interested in the Cold War and relationships between the Western and the Arab worlds. Politics, history, irregular warfare, religion, international affairs: all are ingredients in this absorbing, informative read. In the light of the current insurgencies in Iraq and Afghanistan, it is also timely to be reminded how a rare victory was won over Communist guerrillas.

This is an enthralling book. In a mere 180 pages, Ian Gardiner, an army officer who fought with the Sultan of Oman's forces, succeeds in three major objectives. He describes what it is like to be a young officer leading men of different nationalities into combat against wily and courageous guerrillas. He captures the landscape and the spirit of Oman, 'that entrancing, fascinating, hauntingly beautiful country'. Finally, he puts the battles he fought in their geopolitical context.

Anyone interested in military matters should read this book. It ought to be compulsory reading for every fledgling officer on a platoon commander's course. But it should not be reserved for the professionals. It should be read with enduring pleasure by anyone who wishes to reaffirm his pride in his country and in its fighting forces.

Being a former soldier, I can only echo the words of Professor Richard Holmes by saying; this is also one of the best books about soldiering I too have ever read.

Politics, history, irregular warfare, religion, and international affairs: all are ingredients in this absorbing, informative read.

Gardner writes primarily from a ground perspective. Although some context is provided regarding the wider nature of the conflict, we are mostly exposed to the harrowing experiences of individual engagements and the day-to-day drudgery encountered in an arid, desolate theater of operations. It must be noted here that Gardner’s writing style and prose are superb in this regard and turn even the most banal events into a gripping and often witty account. I found the book extremely easy to read, gripping and hard to put down...

... Beyond being an English primary source for a fairly unknown conflict in the Arab world, the greatest contribution of this work is to provide an alternative perspective on COIN. In a contemporary environment where almost all conflict we find ourselves engaged in relates to insurgency at some level, the Omani case study shines out in terms of its complete success and its improvised nature. Gardner provides numerous insights into how government forces were able to adapt to the human terrain and deny their enemy this same advantage without relying overtly on technological and logistical superiority in a manner seen today. As an outsider fully aware of his own status, Gardner was forced to deal with parochial and grass roots solutions to the Adoo that ultimately proved far more successful than the overtly doctrinal and external models we see employed in theaters like Afghanistan today. For anyone interested in understanding the ingredients behind a successful counterinsurgency campaign, In the Service of the Sultan is a must read.