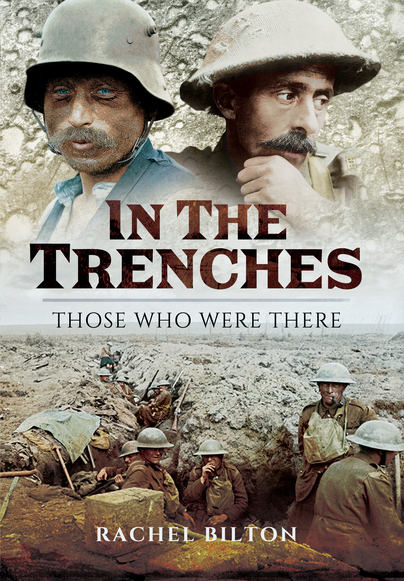 In the Trenches (Kindle)

Click here for help on how to download our eBooks
Add to Basket
Add to Wishlist
You'll be £4.99 closer to your next £10.00 credit when you purchase In the Trenches. What's this?
Need a currency converter? Check XE.com for live rates

A wide range of personal experiences are covered in the sixteen chapters of this book. All the stories are written by the participants who describe exactly what happened to them while they fought in the greatest battles of the First World War. What makes them special is that their stories were written while the images were fresh in their minds. The experiences recorded are those of civilians, officers and men, in the mud of the Western Front, in the sand of the desert, on the scorching beaches of Gallipoli and on the forgotten front of Salonika. Where possible information about these men has been provided to explain their life before and after the war. Also included are rarely seen images that augment the text.

The stories cover the whole of the war, starting with the chance meeting of a reporter and men of the Royal Field Artillery resting after the retreat. Wilfrid Ewart paints a vivid picture of everyday life in the trenches during the first winter of the war. Captain Pollard, a VC winner, provides a grim vignette, breathlessly told, of an infantry charge on a German trench. Sergeant Cooper details life in the French Foreign Legion at Gallipoli and the fierce fighting such as men reckless to the point of indifference can execute. Charles Douie describes the battlefields of the Somme when the guns are silent. The bitter story of the hell endured by the men who bled and died during the battle for Passchendaele is told by A.M. Burrage, ex-Private X. The psychiatric problems of war are clearly outlined by David Phillips and Herbert Read tells of days of fighting, hunger, desperation, loss of life, all thrown away for no gain when the order to evacuate the post was given. Two stories close the war: the first battle between tanks and a poignant description of the end of the war.

As far as I’m concerned, it is vital to read reports written by people who experienced the conflict at first hand and in this book, Bilton has compiled seventeen extremely interesting accounts that cover the war on the Western Front, Mesopotamia and Salonika.

If you are looking for an absorbing and interesting collection of personal stories from the First World War, consider purchasing a copy of Rachel Bilton’s book without delay.

This book describes something that we commemorate every year on Armistice Day. We might think that we know all there is to know about trench warfare and the conditions in which those men lived and fought, but author Charles Douie makes it clear there is still more to tell... 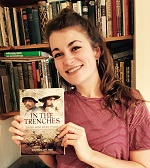