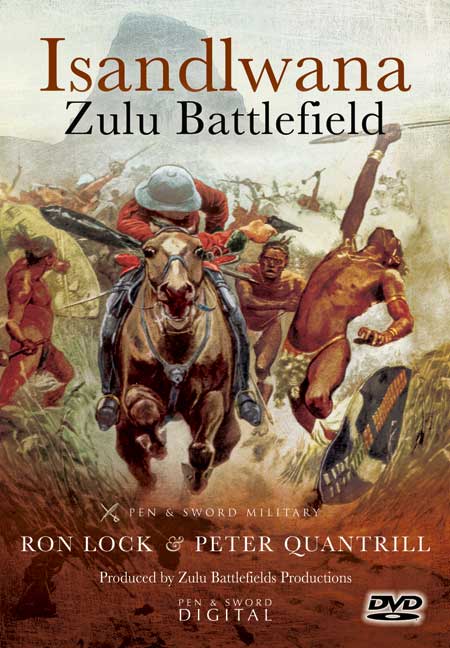 Add to Basket
Add to Wishlist
You'll be £11.25 closer to your next £10.00 credit when you purchase Isandlwana Zulu Battlefield. What's this?
+£4.50 UK Delivery or free UK delivery if order is over £35
(click here for international delivery rates)

In 1879 the Colonial Government of Natal ordered a British army, led by General Lord Chelmsford and equipped with the most modern weaponry, to invade the Zulu Kingdom. Overconfident and contemptuous of his Zulu adversaries, Lord Chelmsford believed that his biggest problem would be in bringing the Zulus to battle. Shortly after crossing the Buffalo River the British column set up camp in the shadow of a Sphinx shaped hill called Isandlwana. The following day, Lord Chelmsford, with over half his force,went in pursuit of what he believed to be the vanguard of the Zulu army.

But he had been decoyed and outwitted by Nshingwayo, the Zulu commander. Whilst Chelmsford and his redcoats trudged vainly in pursuit of a Will-o-the Wisp enemy, the Zulu army, 20,000 strong fell upon the unsuspecting camp. The outcome of the bloody battle that followed, and the Zulu pursuit of the British survivors, has been rated as one of the worst disasters ever inflected on a British army.

The film is a superb documentary and will entertain anyone interested in the true events of this campaign.

At an hour long it starts at the right tempo and leaves you hanging on for more at the end. It’s a gateway to another slice of military history; a teaser into a bigger historical landmark that is so well presented and explained with just enough of the right detail that you’re sure to be looking for further material to read or view. In my eyes this is exactly what a documentary should do.

BHTV hit upon an excellent format, matching historians with battlefield guides and re-enactment groups, filming on location and providing a high quality of filming.