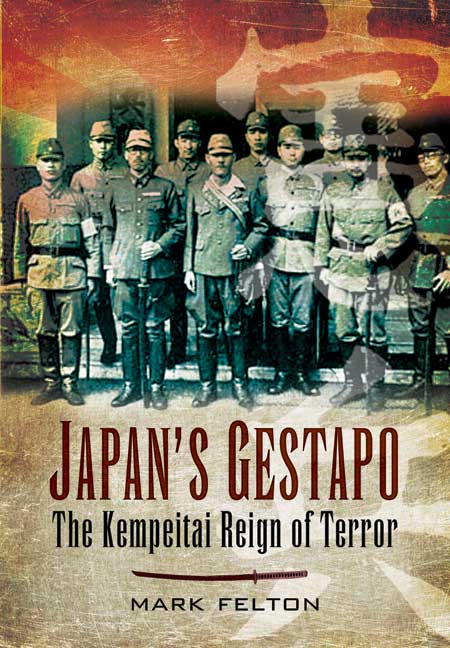 Click here to view the new American Heroes Channel documentary that Mark Felton is in about General Tojo. The documentary note him as the author of Japans Gestapo.

You'll be £4.99 closer to your next £10.00 credit when you purchase Japan's Gestapo. What's this?
Need a currency converter? Check XE.com for live rates

The book opens by explaining the origins, organisation and roles of the Kempetai apparatus, which exercised virtually unlimited power throughout the Japanese Empire. The author reveals their criminal and collaborationist networks, which extorted huge sums of money from hapless citizens and business. They ran the Allied POW gulag system which treated captives with brutality and a complete lack of mercy.

Other Kempetai activities included biological and chemical experiments on live subjects, slave labour, including 'Comfort Women' drawn from all races.

Their record of reprisals against military and civilians was unrelenting. For example Colonel Doolittle's raid on Tokyo in 1942 resulted in a campaign of revenge not just against captured airmen but thousands of Chinese civilians. Their actions amounted to genocide on a grand scale.

Of particular distaste is the revelation of the Maruta vivisection campaign.

The author backs up his text with first hand testimonies from those survivors who suffered at the hands of this evil organization. He examines how the guilty were bought to justice and the resulting claims for compensation.