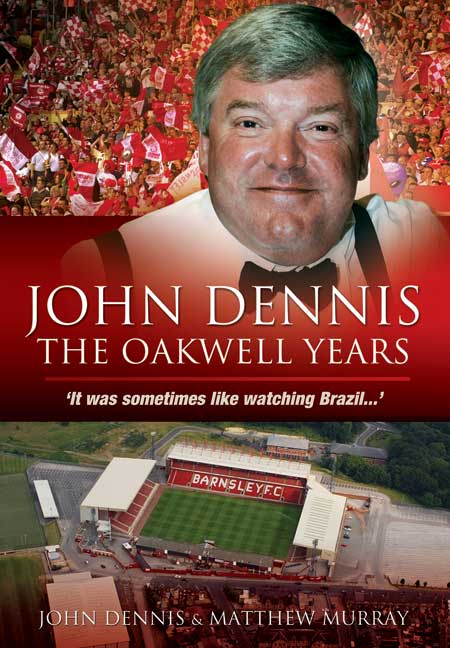 Click here for help on how to download our eBooks
Add to Basket
Add to Wishlist
You'll be £4.99 closer to your next £10.00 credit when you purchase John Dennis: The Oakwell Years. What's this?
Need a currency converter? Check XE.com for live rates

What is life like as a football club chairman? Find out in this revealing, thrilling and insightful account into Barnsley Football Club from former Reds Chairman, John Dennis. Read how John’s father, Ernest, used his own money to help save the club from going bust, how John’s first task as chairman was to replace Manager Allan Clarke with Mel Machin, laying the foundation for the future success of the club under Danny Wilson, who took the Reds to the Premiership for the one and only time in the club’s history.

During John’s tenure, the club also made its first appearance at the Twin Towers of Wembley and Oakwell was transformed from a below-par ground into the impressive all-seater stadium complete with the academy facilities that it is today.

Behind the scenes of any football club are the wheelings and dealings of transfers, contract talks with players and disputes with agents and members of the press – and John’s down-to-earth approach was both dignified and humorous.

John Dennis’ inside view is a must-read for any Barnsley fan – and an enjoyable insight for any true football fan.

The book's reflection on Wilson's time will warm the hearts of Barnsley fans.

Barnsley were promoted to the Premier League 15 years ago after a win against Bradford City. The glorious occasion is described by former chairman John Dennis. The now famous 'Its just like watching Brazil' song could be heard for miles around.

John recalls the detail in his book about his time at the top, and on the way there, at Barnsley. He gives a special insight to a football club's workings, taking fans into the inner sanctum with fascinating anecdotes.