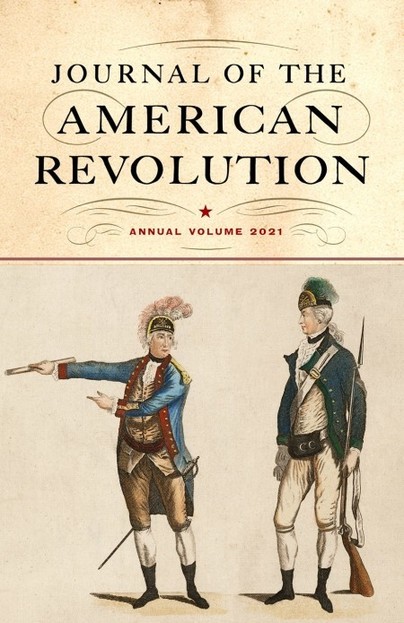 Journal of the American Revolution 2021 (Hardback)

Preorder
Add to Wishlist
You'll be £17.50 closer to your next £10.00 credit when you purchase Journal of the American Revolution 2021. What's this?
+£4.50 UK Delivery or free UK delivery if order is over £35
(click here for international delivery rates)

The Journal of the American Revolution, Annual Volume 2021, presents the journal’s best historical research and writing over the past calendar year. The volume is designed for institutions, scholars, and enthusiasts to provide a convenient overview of the latest research and scholarship in American Revolution and Founding Era studies. The thirty-four articles in the 2021 edition include:

The Lenape Origins of an Independent America: The Catalyst of Pontiac’s War, 1763–1765 by Kevin A. Conn

Impeachment: The Framers Debate and Discuss by Ray Raphael

The First Efforts to Limit the African Slave Trade by Christian M. McBurney

The Mysterious March of Horatio Gates by Andrew Waters

Minorcans, New Smyrna, and the American Revolution in East Florida by George Kotlik