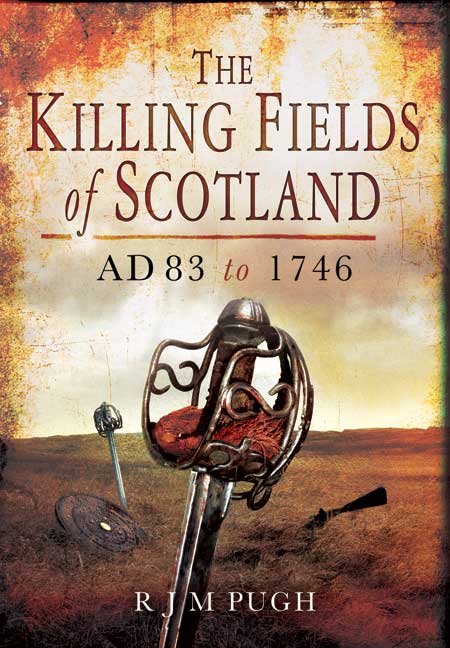 Click here for help on how to download our eBooks
Add to Basket
Add to Wishlist
You'll be £4.99 closer to your next £10.00 credit when you purchase Killing Fields of Scotland. What's this?
Need a currency converter? Check XE.com for live rates

Most people are familiar with references to Scottish battles such as Bannockburn and Flodden but know little if anything about those events. Rugby and soccer fans outside Scotland may wonder at the sign '1314' held up by Scottish fans and not know that it is the date of the Battle of Bannockburn when an English king was defeated on Scottish soil. The battle is also commemorated in Scotland's unofficial national anthem, 'The Flower of Scotland'. Battles fought on Scottish soil include those of the Scottish Wars of Independence, those occasioned by the English Civil Wars and the Jacobite Rebellions. This book tells the stories of these battles and many others fought in Scotland from the Roman victory at Mons Graupius in AD 83 to the defeat of Bonnie Prince Charlie at Culloden Moor in 1746.

As seen in The Scots Magazine and 'Medieval Warfare'.

Fascinating and informative. An excellent read.