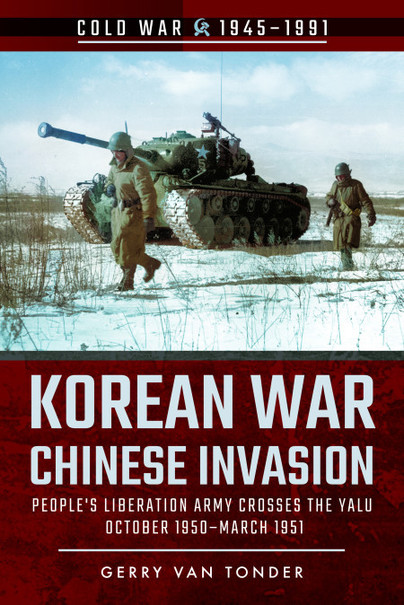 Click here for help on how to download our eBooks
Add to Basket
Add to Wishlist
You'll be £4.99 closer to your next £10.00 credit when you purchase Korean War - Chinese Invasion. What's this?
Need a currency converter? Check XE.com for live rates

This is an interesting book with a considerable number of photographs and comments by many who were there.

In his previous books in this series, author Gerry Van Tonder traces the Korean War’s genesis from the North Korean invasion of June 1950, the American defence of the Pusan Perimeter, General Douglas MacArthur’s amphibious offensive at Inchon and the subsequent advance across the 38th Parallel to the Yalu River on the Chinese Manchurian border.

But, Chinese forces had been covertly infiltrating North Korea and began to attack the overstretched South Korean and American units in the winter of 1950/51.

On the 27th of November 1950, Chinese leader Mao Zedong ordered 250,000 troops into Korea to destroy the UN Forces.

In reality the war had moved from a battle between the communist-backed North and the Western-backed South to a potential World War.

This book tells a complex and important story in an accessible style, and you have only to look at the tensions between South Korea and the rest of the world, to see this story is sadly still very relevant to this day.