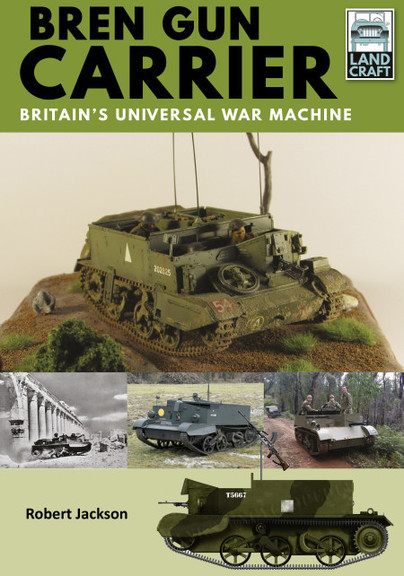 Click here for help on how to download our eBooks
Add to Basket
Add to Wishlist
You'll be £4.99 closer to your next £10.00 credit when you purchase Land Craft 3: Bren Gun Carrier. What's this?
Need a currency converter? Check XE.com for live rates

As one of Airfix longest running kit. The Bren Carrier (with 6 Pounder Anti-Tank Gun) has been a favourite of modellers for many years. This book is an absolute must for the modeller to aid understanding and knowledge of the many variants of the Carrier.

.. this is a good insight and a good reference source that will appeal to historians and model makers who are looking for a general outline of this iconic AFV.

Especially scale modellers and MV buffs will appreciate Bren Gun Carrier - Britain´s Universal War Machine, because it contains the best photos I have ever seen of many different scale models of the type. Several of the scale models also carry all kinds of equipment and some are part of magnificent dioramas.