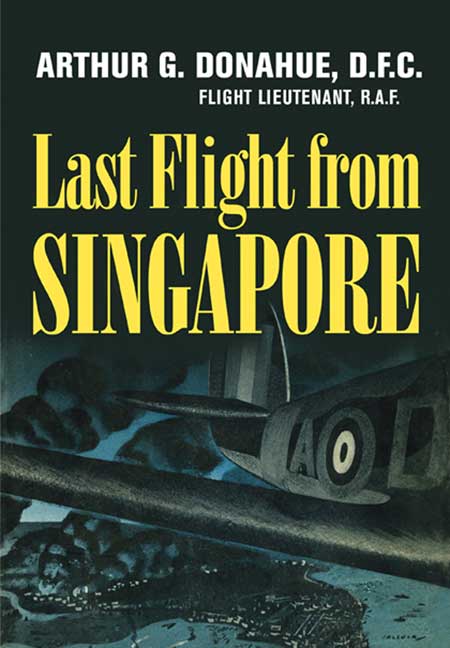 WWII Westholme Japan & the Pacific Front The Fall of Singapore

Add to Basket
You'll be £12.99 closer to your next £10.00 credit when you purchase Last Flight from Singapore. What's this?
+£4 UK Delivery or free UK delivery if order is over £30
(click here for international delivery rates)

As one of the storied few who defeated the Nazi Luftwaffe during the Battle of Britain, American Arthur G. Donahue—Royal Air Force Flight Lieutenant and recipient of the Distinguished Flying Cross—wished to continue his service and requested overseas duty. In October 1941, he was sent to the British protectorate of Singapore as a precaution against a possible threat from Japan, which was already conducting a war in China. Within two months, all of Asia was thrown into turmoil as Japan simultaneously bombed Hawaii and invaded the Philippines and the Dutch East Indies. Japanese forces swiftly conquered much of Southeast Asia and began moving toward Burma and India. Standing in the face of this onslaught was the British stronghold of Singapore. Donahue and his squadron began around-the-clock sorties, reminiscent of their battle against Germany a little more than one year earlier. This time, however, the British forces were overwhelmed and they were forced to surrender the city to the Japanese in February 1942, an event Winston Churchill called “the worst disaster” in British history. During the final phase of the battle, Donahue was wounded while strafing Japanese transports unloading troops to storm Singapore. He managed to land, and was airlifted on the last flight from the city and ultimately to a hospital in India.

In Last Flight from Singapore, Donahue tells his dramatic story, accompanied by photographs he took himself, of the intense and futile battle against the Japanese for control of the gateway to the Malay Peninsula. He continues his story through his convalescence to his return to England, where he once again began patrols over Europe. The manuscript for Last Flight from Singapore was found among his effects after he did not return from a patrol in 1942 and was presumed lost.