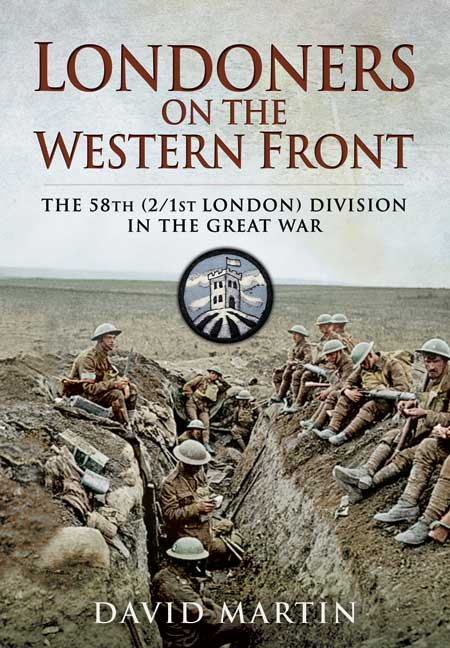 Londoners on the Western Front (Kindle)

Click here for help on how to download our eBooks
Add to Basket
Add to Wishlist
You'll be £4.99 closer to your next £10.00 credit when you purchase Londoners on the Western Front. What's this?
Need a currency converter? Check XE.com for live rates

In spite of all the books written on the First World War, some remarkable stories still remain untold, and that of the 58th London Division is one of the most neglected. A territorial formation, lacking the glamour of the old army or the Kitchener Volunteers, the 58th never received an official history and apart from the odd mention and a poignant memorial on the Somme battlefield depicting a rider cradling a dying horse, it has faded from memory. Yet the Division saw hard service and won through at Passchendaele where it won fame for capturing the Wurst Farm ridge – many of its soldiers were decorated for this action, and the ridge afterwards renamed “London Ridge” in its honour.

This book will tell the fascinating story of the 58th Division's war, and through this cast new light on the wider story of how the BEF struggled through the hard years and developed into such a formidable force. Passchendaele is remembered for mud and waste, but the 58th Division's experience shows the immense scale of the preparations supporting the offensive and show both how these worked and when they fell short.

A history of the 58th Division is long overdue. It is also a way of bringing a good deal of new research on the war to the general reader.

As featured in the Shropshire Star and Epping Forest Guardian.

A valuable addition to the divisional histories of the war.

The author is to be roundly applauded for his well researched and well written narrative which honours not only those who fell but all those who served with the 58th.
A fitting tribute. 10/10

This book focuses on Londoners on the Western Front in the Great War. It seems that despite the many books about the First World War, some remarkable stories remain untold, that of the 58th London Division being one of the most neglected. David has gone some long way to remedy this - factually, touchingly and not before its time. The Division saw significant service at Passchendaele where the Wurst Farm Ridge they captured was later renamed London Ridge and many of the Division's soldiers were decorated. David Martin's new book is not only a gripping read, it finally gives Londoners on the Western Front the profile their Division deserved.

Martin...has spent years walking the battlefield as a tour guide and his enthusiasm for the subject shines through. The narrative is enlivened by the words of some of those who were directly involved. You might assume that such a book would be only of interest to Londoners, but it is of wider appeal and of interest to anyone wanting to get a picture of what it was like for the soldiers.

The 58th (2/1st London) Division is a forgotten London formation of the Great War. Histories were published of its sister divisions but never of the 58th despite the fact that it took part in some of the most important battles on the Western Front from 1917 and was also present in the defence of Villers-Bretonneux in April 1918, a vital turning point in the fortunes of the German offensive on the Somme in 1918. The book is very well researched from archive documents in the National Archives to battalion histories as well as personal accounts. There are some useful appendices and leads to further research. A really excellent divisional history and one the 58th has deserved for a long time. Recommended.