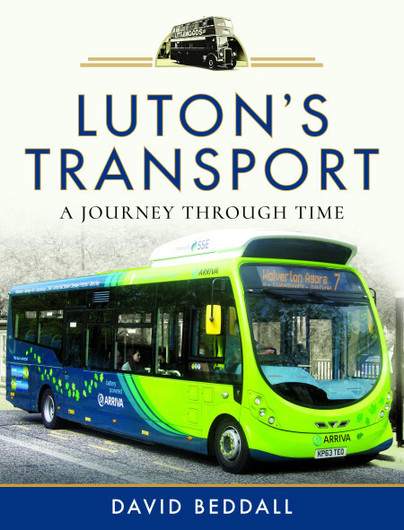 A Journey Through Time

Click here for help on how to download our eBooks
Preorder
Add to Wishlist
You'll be £9.98 closer to your next £10.00 credit when you purchase Luton's Transport. What's this?
Need a currency converter? Check XE.com for live rates

Located in the Chiltern Hills, Luton has a rich transport history, being home to London Luton Airport and Vauxhall Motors. This south Bedfordshire town has also had an interesting public transport history, most notable being Luton Corporation Transport, Eastern National, United Counties and London Transport. The towns of Luton and Dunstable are linked by one of the longest guided busways in the world. Luton’s Transport takes a look at the development of Luton’s tramway, along with the development of bus and coach services in the Luton, Dunstable and Houghton Regis areas of Bedfordshire.

David Beddall is a life-long bus enthusiast, who from the age of seven has pursued his interest in the subject. He initially took an interest in his local bus services in the Bedford area, but later expanded his interests to Northamptonshire and later still the whole of the country. London’s Dart and Dart SLF is his latest book for Pen and Sword, in this volume he has researched the history of this iconic single-decker. David Beddall lives with his family in Northamptonshire, where he continues to pursue his bus interests.