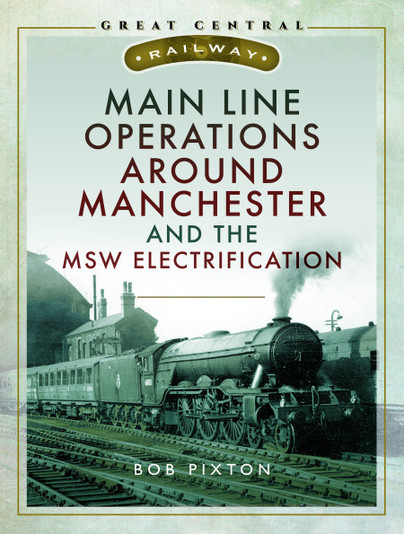 Main Line Operations Around Manchester and the MSW Electrification (Kindle)

Click here for help on how to download our eBooks
Add to Basket
Add to Wishlist
You'll be £15.59 closer to your next £10.00 credit when you purchase Main Line Operations Around Manchester and the MSW Electrification. What's this?
Need a currency converter? Check XE.com for live rates


Even for experts of this much-missed line, this work is bound to offer some new insights.

The many photographs in the book give a clear picture of how the railways around Manchester used to look. It was interesting to see the maps, particularly to see how some of the yards and stations were before. The addition of some timetables, posters and adverts creates a comprehensive historical archive, almost like having a museum in your hands.

Another gem of the Great Central Railway for our railway library.

This book is highly recommended. It was deeply nostalgic and was effortless to read. This book should be viewed as a worthwhile addition to the bookshelf of any self-respecting railway enthusiast or social historian.