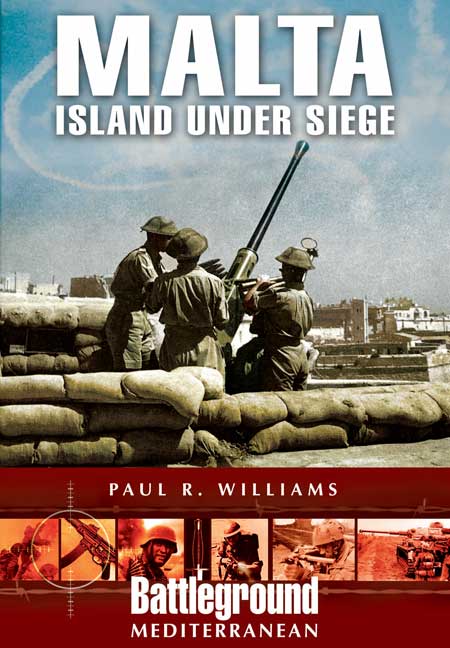 Click here for help on how to download our eBooks
Add to Basket
Add to Wishlist
You'll be £4.99 closer to your next £10.00 credit when you purchase Malta. What's this?
Need a currency converter? Check XE.com for live rates

Malta: Island Under Siege not only relates the decisive military action from World War II but also details the religious, historical and political events that led to the Axis forces' attempts to conquer and occupy Malta, putting the reader in the meeting rooms of the military leaders and politicians, on board the convoys, in the cockpits of the bombers and with the civilian population sheltering beneath Malta's fortresses while trying to live as normal a life as possible.

Wartime locations on the island, many often ignored by the guidebooks and tourist maps, are explored and their relevance to Malta's resistance examined alongside the people, on both sides of the conflict, who helped shape the Mediterranean island's destiny before, during and after the Second World War.

Malta is now a holiday destination to many, but it's easy to forget how much the people of the island, its British garrison and the sailors of the Merchant Navy and Royal Navy had to endure to ensure the Allies kept a toe-hold in North Africa and southern Europe at a time when Hitler's Germany and Mussolini's Italy were threatening to sweep all before them.

Paul Williams is a sports journalist and freelance writer living and working in Yorkshire.

He has been visiting Malta for more than 30 years and owns a holiday home on the island. After having articles on many different subjects published in magazines and on the internet, Malta: Island Under Siege is his first project for Pen & Sword.