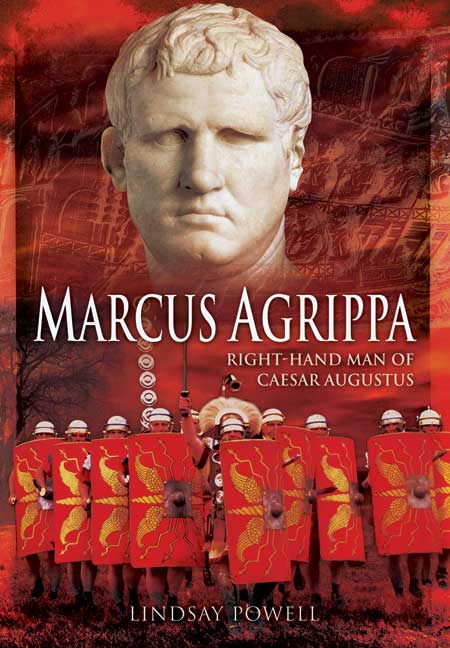 “A gripping, thoroughly researched and hugely impressive biography of a key player in the transition from the Roman Republic to Augustus's Empire'.

– Saul David, University of Buckingham, author of WAR: From Ancient Egypt to Iraq.

“Augustus's ascent and reign are unthinkable without Marcus Agrippa. Surprisingly, there has been no biography of Agrippa in English for some eighty years. Powell's book admirably fills this gap and will be indispensable for anyone with a serious interest in this crucial historical period.”

– Karl Galinsky, University of Texas at Austin, author of Augustus: Introduction to the Life of an Emperor.

“Marcus Agrippa was one of history's most intriguing right-hand men. Few played a greater role in the emperor Augustus's success. In vigorous prose, and with a fingertip feel for Roman politics and war, Lindsay Powell brings Agrippa to life.”

You'll be £4.99 closer to your next £10.00 credit when you purchase Marcus Agrippa. What's this?
Need a currency converter? Check XE.com for live rates