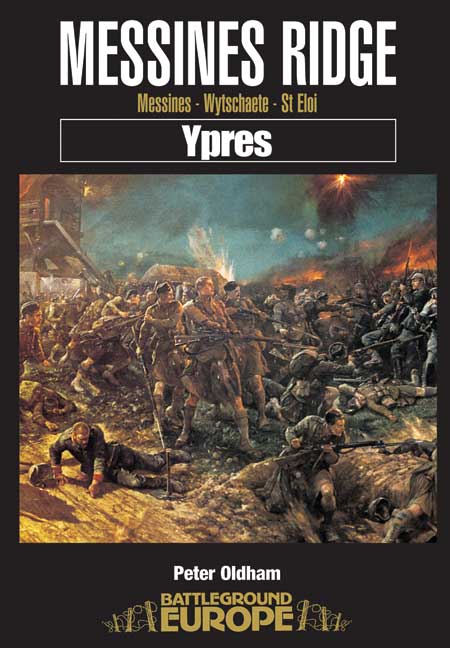 Click here for help on how to download our eBooks
Add to Basket
Add to Wishlist
You'll be £4.99 closer to your next £10.00 credit when you purchase Messines Ridge. What's this?
Need a currency converter? Check XE.com for live rates

The battle for the possession of the villages of Messines Ridge, Messines, Wytchaete, St. Eloi, took place in 1914-17, and the final battle for Messines in 1918. The 1917 Battle of Messines was preceded by 19 giant mine explosions and was the biggest military mining effort in history. This book gives comprehensive details of what happened where and when, together with what can be seen today, including maps of all the remnants and sites.

The Battle of Messines began on 7th June 1917 when the British Second Army under the command of General Herbert Plumer launched an offensive near the village of Mesen (Messines) in West Flanders, Belgium. The target of the offensive was a ridge running north from Messines village past Wytschaete village which created a natural stronghold southeast of Ypres. One of the key features of the battle was the detonation of 19 mines immediately prior to the infantry assault, a tactic which disrupted German defences and allowed the advancing troops to secure their objectives in rapid fashion.