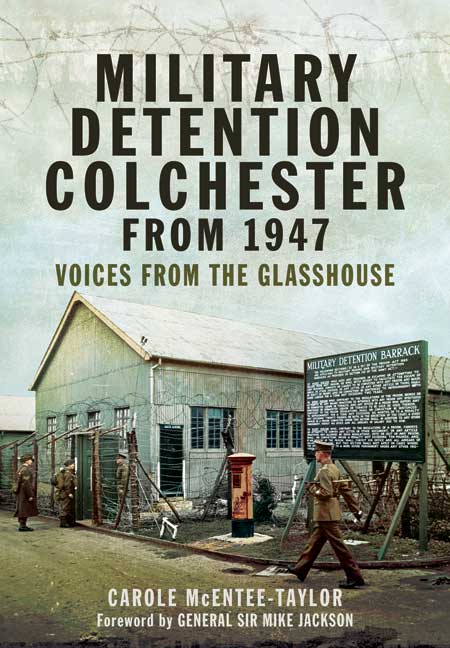 Voices from the Glasshouse

Click here for help on how to download our eBooks
Add to Basket
Add to Wishlist
You'll be £4.99 closer to your next £10.00 credit when you purchase Military Detention Colchester From 1947. What's this?
Need a currency converter? Check XE.com for live rates

From a German POW camp to HM Forces only remaining detention centre, the mere mention of Colly struck fear into the hearts of thousands of servicemen over the years. But what was it really like behind the forbidding barbed wire in those ancient Nissan Huts? How much has it changed since 1947?

Written in the words of those who were there, from the 1940s through to the present day, Commandants, Members of Staff, Detainees, Military Escorts, Padres and visitors have shared their own experiences to create a unique history that sheds light on an almost unknown area of military life.

At turns funny, sad and sometimes surprising, the accounts show how much the Military Corrective Training Centre (MCTC) and the idea of military detention has evolved.

The author works at the Military Corrective Training Centre and has painted a fascinating picture of life for those detained in the Glasshouse. She describes how a former PoW camp became a prison for military offenders after WWII and has become the only British military detention and training centre. She has told the story through the voices of a representative selection of prisoners and guards and is by turns funny, sad and surprising,

This is a very good overview of the Motor Cycle Training Centre, as it is jokingly known, and is well worth a read by anyone interested in what we do with soldiers who just can’t come up to the mark, for whatever reason. This is an important part of military life and will affect every unit at one time or another so I would recommend this book to anyone with a long term view of life in the military.