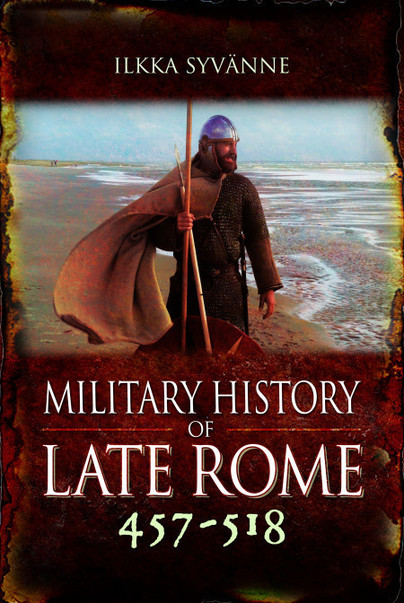 Click here for help on how to download our eBooks
Add to Basket
Add to Wishlist
You'll be £4.99 closer to your next £10.00 credit when you purchase Military History of Late Rome 457–518. What's this?
Need a currency converter? Check XE.com for live rates

The Military History of Late Rome Volume 457-518 provides a fresh, new look into the events that led to the collapse of West Rome, while East Rome not only survived but went on to prosper despite a series of major defeats that included, most notably, the catastrophic campaign against the Vandals in 468. The author explains what mistakes the West Romans made and what the East Romans did right to survive. He analyses the role of the barbarian generals and military forces in this and also offers an analysis of the tactical developments during this pivotal period as a result of which the cavalry, so famous from the accounts of Procopius, became the dominant arm in the East. The book also offers a detailed study of a number of battles that have never before been subjected to such scrutiny and puts these firmly into the context of their times. At the very end of this period in 518, East Rome was poised to start its reconquest under Anastasius’ successors Justin I and Justinian I. This book explains why this was possible.

An interesting analysis of a key period in the history of Rome.

I think both of these books (The Military History of Late Rome Volume 395-425), and the wider series are excellent additions any military historian or wargammer of the period. These are useful research tools and can be used as a jumping off point for a number of research projects.