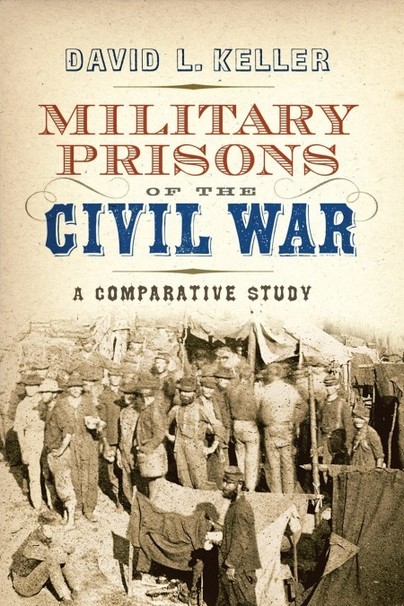 Preorder
Add to Wishlist
You'll be £20.00 closer to your next £10.00 credit when you purchase Military Prisons of the Civil War. What's this?
+£4.50 UK Delivery or free UK delivery if order is over £35
(click here for international delivery rates)

Over the course of the American Civil War, more than four hundred thousand prisoners were taken by the North and South combined—the largest number in any conflict up to that time, and nearly fifty-eight thousand of these men died while incarcerated or soon after being released. Neither side expected to take so many prisoners in the wake of battles and neither had any experience on how to deal with such large numbers. Prison camps were quickly established, and as the war progressed, reports of sickness, starvation, mistreatment by guards, and other horrors circulated in the press. After the war, recriminations were leveled on both sides, and much of the immediate ill-will between the North and South dealt with prisoners and their treatment.

In Military Prisons of the Civil War: A Comparative Analysis historic preservationist David L. Keller consulted official records, newspaper reports, first-person accounts from prisoners, and other primary source material in order to understand why imprisonment during the Civil War failed on both sides. His research identifies five factors shared among both Union and Confederate prisons that led to so many deaths, including the lack of a strategic plan on either side for handling prisoners, inadequate plans for holding prisoners for long periods of time, and poor selection and training of camp command and guards.

DAVID L. KELLER is managing director of the Camp Douglas Restoration Foundation. He has published two studies on Civil War prison camps for the National Park Service and is author of The Story of Camp Douglas: Chicago’s Forgotten Civil War Prison, Command at Antietam: Lincoln, McClellan and Lee at the Turning Point of the Civil War, and editor of Robert Anderson Bagby: Civil War Diary 1863-1865.