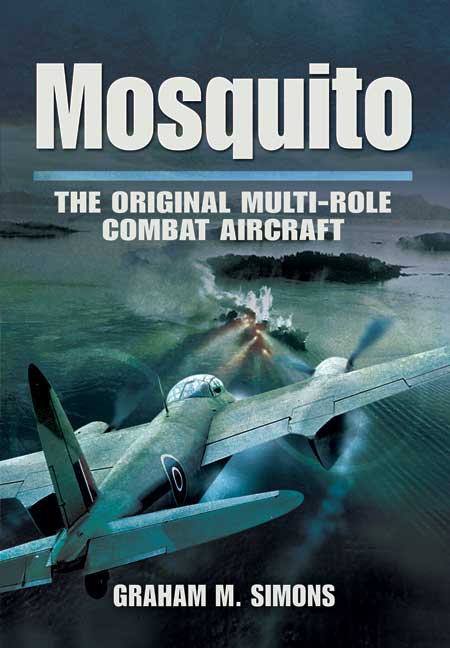 Click here for help on how to download our eBooks
Add to Basket
Add to Wishlist
You'll be £4.99 closer to your next £10.00 credit when you purchase Mosquito. What's this?
Need a currency converter? Check XE.com for live rates

During the history of aviation there have been very few aircraft that have achieved immediate success when entering front-line service. The de Havilland Mosquito was one such aircraft. It was not designed to an RAF requirement, but was the result of an initiative of the designers and builders to utilise the skills of woodworkers and the relative abundance of wood in the crisis years of World War II. The result was an aeroplane that could be built quickly, was extremely fast and extremely versatile. The pilots loved it. This book describes how it was built and utilizes many hitherto unpublished photographs from the design studio and production lines. It illustrates and explains the many different roles that the aircraft took as the war progressed. Fighter, bomber, reconnaissance, night fighter – there were few tasks that this brilliant design could not adopt.

This is a useful compendium of facts on the Mosquito and is worth adding to anyone's aviation bookshelf.

As Graham Simons reveals in this latest insight into a remarkable aircraft, there is far more to the wartime service of the "Mossy".

To most Britain at War readers, the de Havilland Mosquito needs little introduction. Dramatic as such low-level attacks were, there is, as Graham Simons reveals in this latest insight into a remarkable aircraft, far more to the wartime service of the "mossy".