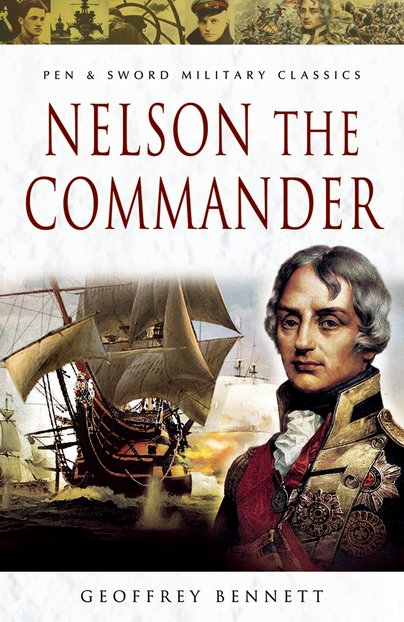 Add to Basket
Add to Wishlist
You'll be £9.99 closer to your next £10.00 credit when you purchase Nelson the Commander. What's this?
+£4.50 UK Delivery or free UK delivery if order is over £35
(click here for international delivery rates)

Nearly two centuries after his death, does Nelson deserve his reputation as one of the world's great commanders?

Nelson's triumphs have so caught the public imagination that his failures are barely remembered. His only victorious battles at sea was Trafalgar (at Copenhagen and the Nile his destroyed ships at anchor), while his infatuation with Emma Hamilton , his role in the judicial murder of the Neapolitan Commodore, Carraciolo, and his flagrant disobedience of orders brought him disgrace and dishonour. Yet this was a man who, in an age when the Royal Navy thrived on rum, sodomy and the lash, turned his captains into a 'Band of Brothers' and whose death brought tears to the eyes of the toughest sailors.

Did England's naval hero have the star quality which marks the world's truly great captains? In answering this question, Geoffrey Bennett, a distinguished historian who himself served in the Royal Navy for thirty-five years, provides a full and meticulously researched account of Nelson's life and career which will enthrall students of history and the general reader alike.