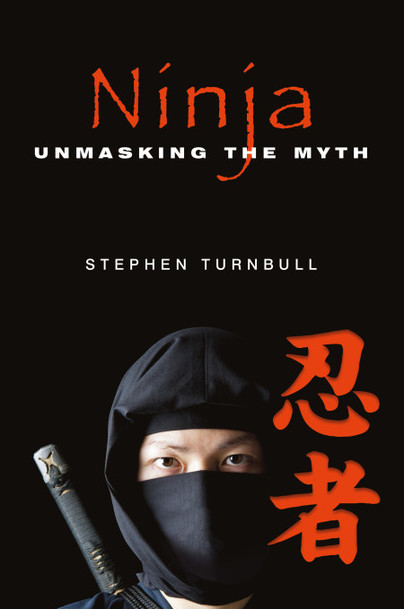 You'll be £4.99 closer to your next £10.00 credit when you purchase Ninja. What's this?
Need a currency converter? Check XE.com for live rates

Stephen Turnbull brings his usual meticulous detail and writing flair to Ninja: Unmasking the Myth, a fascinating account that does its best to dig through centuries of growing mythology to uncover the truth of Japan's famous spies and assassins. It's something of an update to Turnbull's 1991 book Ninja: The True Story of Japan's Secret Warrior Cult, using new sources and information (much of which has not been available in English before now) to paint a fuller, more accurate picture.

Turnbull traces the path from the espionage and covert tactics that weren't unusual in the Sengoku era, but weren't necessarily the domain of highly-trained specialists, to the image we see of ninja today, heavily influenced by comics and pop culture. The common assumption is that the mythical depictions we often see are heavily embellished but nonetheless based on kernels of truth, but Turnbull's research throws that into question as he unpicks the accuracy of even the more realistic, "historically accurate" portrayals.

Which isn't to say this book completely rejects or discredits the idea of and cultural fascination with ninja, either. As someone with a lifelong fascination with ninja, I was a little concerned about shattering that illusion, but the truth is every bit as interesting, as is piecing together how those myths came to be in the first place. This is a must read for anyone with even the slightest interest in ninja, whether in a pop cultural or historical sense, or in Japanese history more generally.