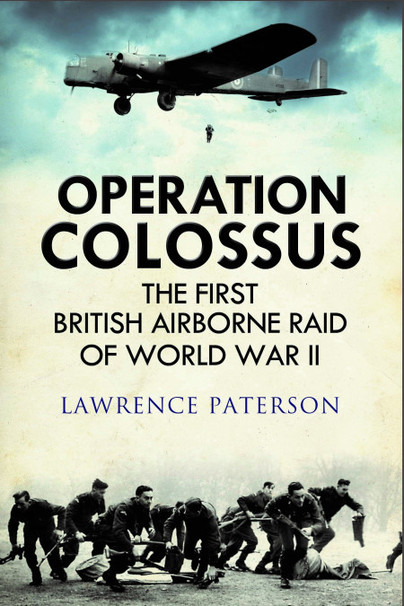 Click here for help on how to download our eBooks
Add to Basket
Add to Wishlist
You'll be £4.99 closer to your next £10.00 credit when you purchase Operation Colossus. What's this?
Need a currency converter? Check XE.com for live rates


...this story will remind readers of the consequences of inadequate mission planning and commandand- control shortcomings. Furthermore, detailed accounts of the British paratroopers’ actions after the attack on the aqueduct should fascinate those seriously interested in survival, evasion, resistance, and escape (SERE).

Operation Colossus, The First British Airborne Raid of World War ll by Lawrence Paterson, is a remarkable, well researched story. Easy to read and a page turner, overshadowed by larger operations later in the war. Its legacy today is The Parachute Regiment.